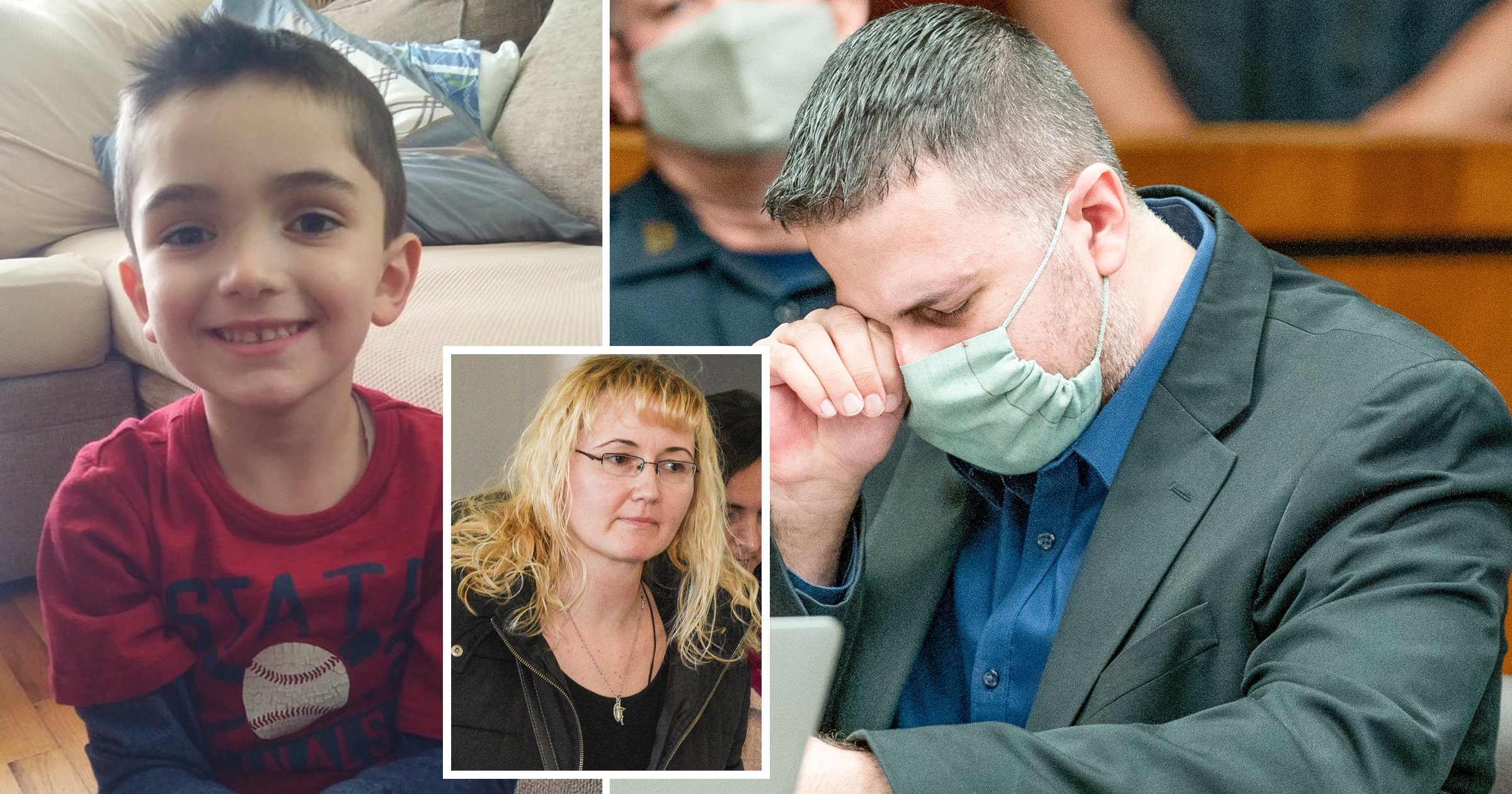 An ex-cop allegedly killed his eight-year-old son by locking him in a freezing garage overnight while the family’s dog slept in a heated room indoors.

Former New York Police Department officer, Michael Valva and his then-fiancee, Angela Pollina, have been charged with murdering autistic schoolboy Thomas Valva on January 17 last year. Appearing at a pre-trial hearing on Monday, the couple were accused by prosecutors of trapping Thomas in a garage, while wearing only his pyjamas and without heating, when it was just 19F (-7C) outside.

Their housekeeper, Tyrene Rodriguez, told the court in Long Island about the boy’s death, noting how while Thomas was locked in the garage, she went to get her cleaning supplies from a mud room where their dog, Bella, was sleeping, WPIX11 reported.

Thomas, meanwhile, died of hypothermia, according to medical documents presented by the prosecution, allegedly because he soiled his pyjamas as he was forced to sleep in the garage during the winter.

In pictures captured by Dailymail.com, a tearful Valva can be seen sobbing during a hearing earlier in May, prior to his pre-trial hearing on Monday.

During that appearance Rodriguez recounted how she discovered Thomas’s fate when she arrived at Valva’s shared home with Pollina, at about 9am on January 17, 2020. She testified that Pollina was sitting at the kitchen island making out bills when she heard a child crying.

Rodriguez said: ‘I asked her who was crying, she (Pollina) said Thomas is. He fell running for the bus.

When the housekeeper continued to question she said Pollina apparently replied, ‘Yeah, he’ll be okay’.

Rodriguez then explained how she was cleaning a small bathroom on the first floor of the property when she heard the sound of the garage door opening.

She said: ‘And then I looked over my right shoulder, and I saw Mike, Thomas and Angela.

‘(Thomas) was being, like, escorted between both of them, but he was in front of them.’

Rodriguez said Valva and Pollina were taking Thomas towards the basement and added that five to ten minutes later, a hysterical Pollina returned to where Rodriguez was cleaning and said the boy wasn’t breathing.

The housekeeper said she went into basement and heard a 911 operator telling Michael Valva to perform CPR on Thomas.

‘I knelt by Thomas’s head to hold him steady while Mike was compressing his chest’, Rodriguez testified.

When Valva’s defense attorney asked what Pollina was doing, the housekeeper responded, ‘She was just standing behind us. Just freaking out’.

‘He (Thomas) was completely naked’, Rodriguez said. ‘He was very blue. His lips were blue.’

The prosecutor asked Rodriguez if Pollina had told her that Thomas had urinated on himself.

‘I think I heard them say that when I went down in the basement’, Rodriguez testified. ‘I was wondering why he was naked’, she added.

Rodriguez said that when paramedics arrived ‘They pulled out those paddles and then they realized there was nothing happening’.

That’s when medics ‘put a silver blanket on him’ and took Thomas away, Rodriguez stated.

She also recalled how Valva changed his clothes before getting into the ambulance with Thomas, who was rushed to Long Island Community Hospital.

Neighbor, Laura Lauretta, also testified for the defense yesterday and said that Pollina seemed out of sorts when she arrived at the emergency room to see Pollina.

‘She was laying in the bed’, Lauretta testified.

‘I said, “Angela, what happened, what happened?”. She wasn’t answering and then the nurse said to me, “I gave her something to relax her.”

Valva and Pollina have both pleaded not guilty to second degree murder charges and the trial continues.