Christmas decorations at the White House unveiled by Melania Trump

Melania Trump has revealed this year’s Christmas theme at the White House is “The Spirit of America”.

In a signed introduction to a souvenir book that visitors will receive as a keepsake, Mr and Mrs Trump and their son Barron write: “We hope you enjoy our tribute to the traditions, customs and history that make our nation great.”

The first lady tweeted a short video of herself walking through the State Floor of the White House, sharing a sneak peek of some of the festive displays on offer and sprinkling fake snow on one of the many Christmas trees decked out with white lights. 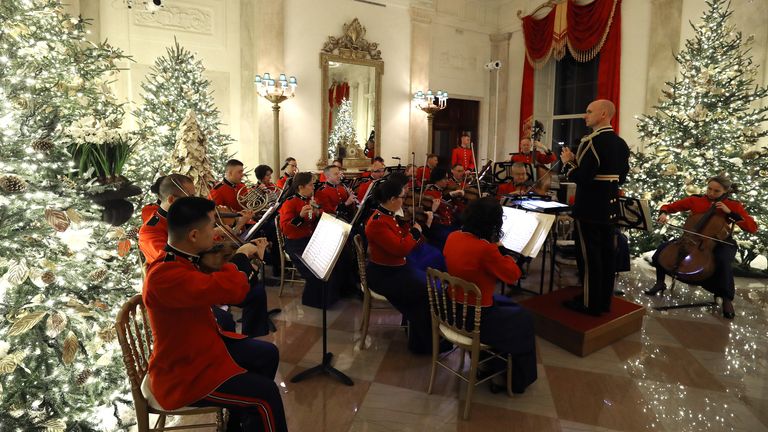 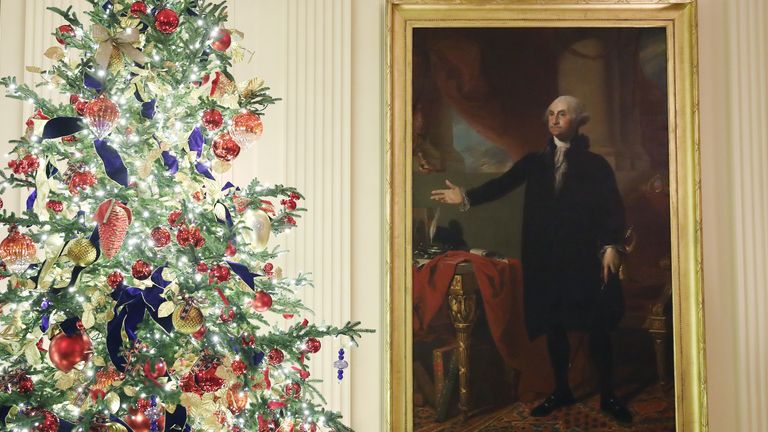 More than 225 volunteers flew in from around the country to help decorate the White House during the Thanksgiving weekend.

The traditional gingerbread shares its stage with US landmarks, including the Statue of Liberty and the Golden Gate Bridge.

It was built from 200lb of gingerbread, covered in 25lb of royal icing and 35lb of chocolate and includes a staircase made using angel hair, fettucine and spaghetti. 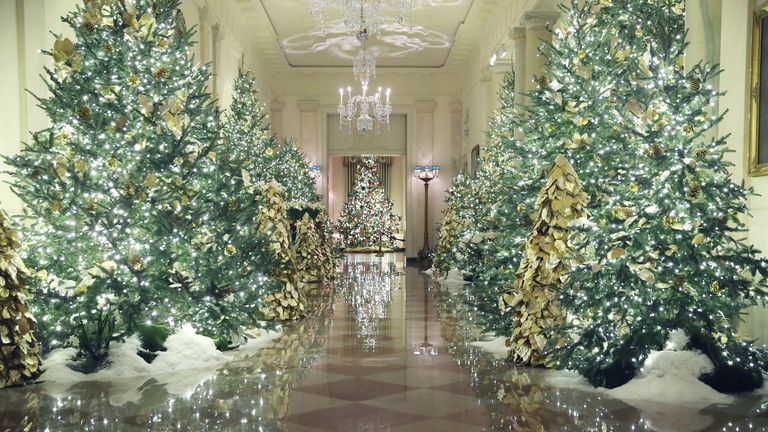 The US president and the first lady have left the White House and are en route to London ahead of tomorrow’s NATO summit.

Mr Trump’s visit to Britain will be his third since becoming president in 2016 and comes just ten days before the UK general election.