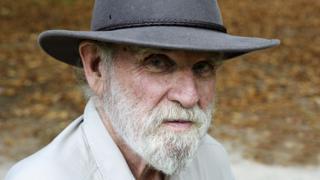 Canadian novelist and conservationist Graeme Gibson, and the longtime partner of author Margaret Atwood, has died. He was 85.

He was a dedicated naturalist and bird watcher, and known for The Bedside Book of Birds, a 2005 collection of writings, essays, drawings and paintings.

Ms Atwood said in a statement on Wednesday that she was “devastated” by the loss.

Ms Atwood said Gibson was “our beloved father, grandfather and spouse, but we are happy that he achieved the kind of swift exit he wanted and avoided the decline into further dementia that he feared”.

“He had a lovely last few weeks and he went out on a high, surrounded by love, friendship and appreciation. We are grateful for his wise, ethical and committed life.”

Ms Atwood is currently promoting the release of her sequel to The Handmaid’s Tale, her 1985 novel which has also been turned into a TV series.

The couple had lived together in Toronto for the past several decades.

“We are grateful for that superlative legacy, one that will continue to flourish, and also grateful for our own experiences working with Graeme: a true gentleman, whose gracious, elegant, and witty manner touched all who knew him.”