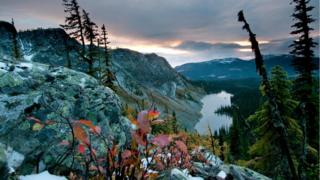 The funding will help expand a tract of land in southeastern British Columbia (BC) already set aside for protection.

The initiative is led by a conservation group, BC and the federal government, and will help protect some 40 species.

The investment, which comes from both the federal and provincial governments, will mark the 10th anniversary of the largest private land acquisition for conservation in Canadian history by Nature Conservancy of Canada (NCC), a non-profit national land conservation organisation.

The funds cover two-thirds of the eventual cost of purchasing the land and will help add 14% more protected land to the existing Darkwoods Conservation Area, a region of valleys, mountains and lakes that connects to an existing network of wildlife management areas and parkland.

The additional land will improve protection for both wildlife and plant life in the Next Creek watershed region, which lies within the world’s only inland temperate rainforest.

NCC BC acting vice-president Nancy Newhouse says the land that will be acquired is “right at the heart” of Darkwoods and will be protected from the threat of industrial or recreational activity.

It is also near the Canada-US border and will help create a protected corridor for wild species to roam.

Ms Newhouse said the scale of the conservation area – from lakeshores to alpine peaks – “is almost hard to comprehend”.

“You walk into an old-growth forest and there is a depth of smell that is intoxicating,” she told the BBC.

“There’s a mystery around every corner.”