With midterms less than a day away, right-wing Wisconsin Governor Scott Walker’s tenure as governor could be at risk. 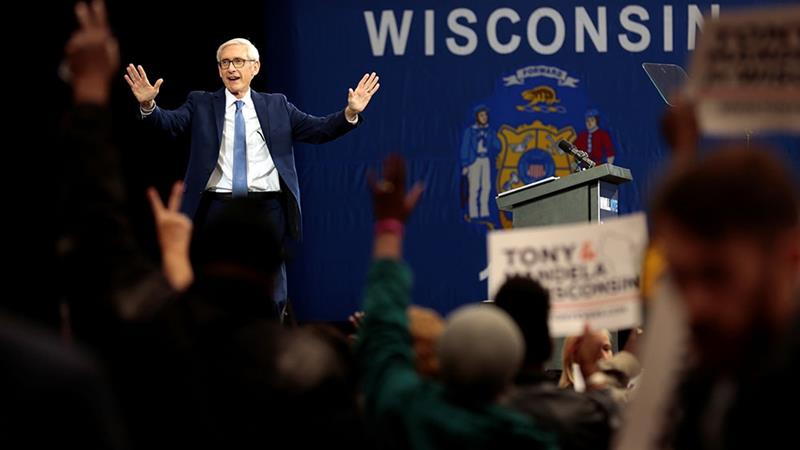 With midterms less than a day away, right-wing Wisconsin Governor Scott Walker’s seven-year grip on the state could be slipping away.

Walker and his opponent, Democrat Tony Evers, were neck-and-neck in the closely-watched gubernatorial race as they made their final pitches to voters on campaign stops, television and online.

On Friday, Emerson College published a survey putting Evers at 51-percent support and incumbent Walker at 46 percent. Previous polls had the two opponents back and forth in the lead.

Evers, Wisconsin’s state superintendent of public instruction, has campaigned on beefing up funds for public education, including a $1.7bn injection into a state school system that has seen cuts and teachers on strike under Walker.

During the Obama era, Walker was a bullheaded critic of the Affordable Care Act, the healthcare law now under threat by Republicans.

In 2011, Walker sparked massive protests after introducing the Wisconsin Budget Repair Bill, legislation considered by many to be an assault on unions and workers’ rights.

Since Trump came to office, Walker has endorsed the right-wing administration’s crackdown on undocumented immigrants and even supporting efforts to restrict legal immigration, as well as Trump’s efforts to roll back labour rights.

The Republican incumbent has claimed that Evers plans to raise taxes, while also trying to evade questions about his widely-criticised opposition to healthcare reforms that protect patients with pre-existing conditions. 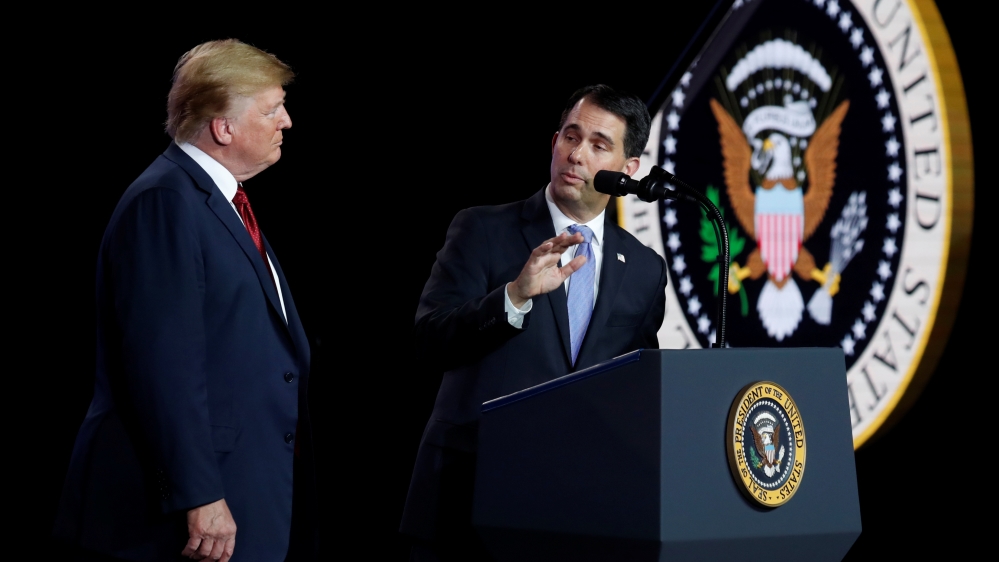 “Tony’s taxes will cost us jobs,” Walker told the local WISN-TV on Sunday.

But Evers shot back, rejecting Walker’s claims as unfounded. “I’m planning on raising no taxes,” Evers said in an interview on Sunday.

“The idea that somehow he’s put me in this position of saying I’m going to tax, that’s just crazy. I’ve never said that. We’re going to be working on making sure that the middle class of the state of Wisconsin is protected with a tax cut.”

The midterm elections follow two years of increasing hostility in US politics, during which the Republican Party has controlled a majority in both the Senate and the House of Representatives.

Americans will cast their votes for all 435 seats in the House of Representatives, 35 of the 100 seats in the Senate and 39 state and territorial governorships.

For Democrats, the midterms are an opportunity to take back a majority in both congressional chambers in order to stymie Trump’s controversial programmes.