Despite a push last year to strip the name of the Confederate general Robert E. Lee from the Virginia school, its board of trustees voted 22-6 on Friday in favor of keeping its current name. 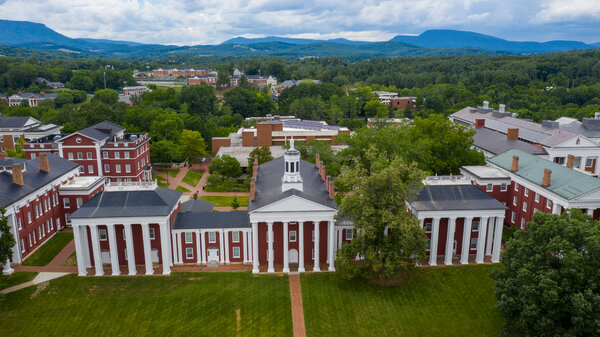 Washington and Lee University, the private liberal arts school in Virginia, will not change its name after a monthslong review over whether to remove its reference to the Confederate general Robert E. Lee, the school announced on Friday.

The school’s board of trustees voted 22-6 on Friday in favor of keeping its current name, which developed as an acknowledgment of a donation given by George Washington in the 18th century and Lee’s tenure as school president after the Civil War. The vote came after a nearly yearlong review of the school’s name and the symbols connected to its history and campus surroundings in Lexington, Va.

Last July, amid nationwide protests against racial injustice and debates over Confederate monuments and emblems, the university’s board of trustees received requests from students, faculty and alumni calling for changes at the school. Those included requests to rename the institution itself and alter the design of its diploma, according to the university.

“Over the past year, we have engaged in deliberations over these requests and other important issues relating to diversity and inclusion on campus,’’ the university said in a statement. The school added that it had “found no consensus about whether changing the name of our university is consistent with our shared values.”

“We have been guided by our responsibility to ensure the university’s future success in a complex and changing world,’’ the university added.

Originally founded as Augusta Academy in 1749, the university has repeatedly changed its name during its history. It became Liberty Hall Academy in 1776, and Washington College in 1813, after the first president gave it a significant financial gift.

The school’s board of trustees invited Lee to lead the college in August 1865, only months after he surrendered in the Civil War.