A woman seen covered in blood and screaming for help from the back of a semi truck has been found safe, police said.

Police in South Brunswick, New Jersey said on Thursday that they found the woman in question, as well as the truck’s driver, and were thankful a community tip brought their massive, days-long search to a ‘positive end.’

Witnesses said they saw a Hispanic woman in her 20s with long brown hair inside a white truck cab screaming for help as she was bleeding from her face. The woman reportedly tried to jump out of the cab, but was pulled back in by the driver before the truck pulled away down Route 130.

The driver was described as an older white man who is bald with a white beard, police said. 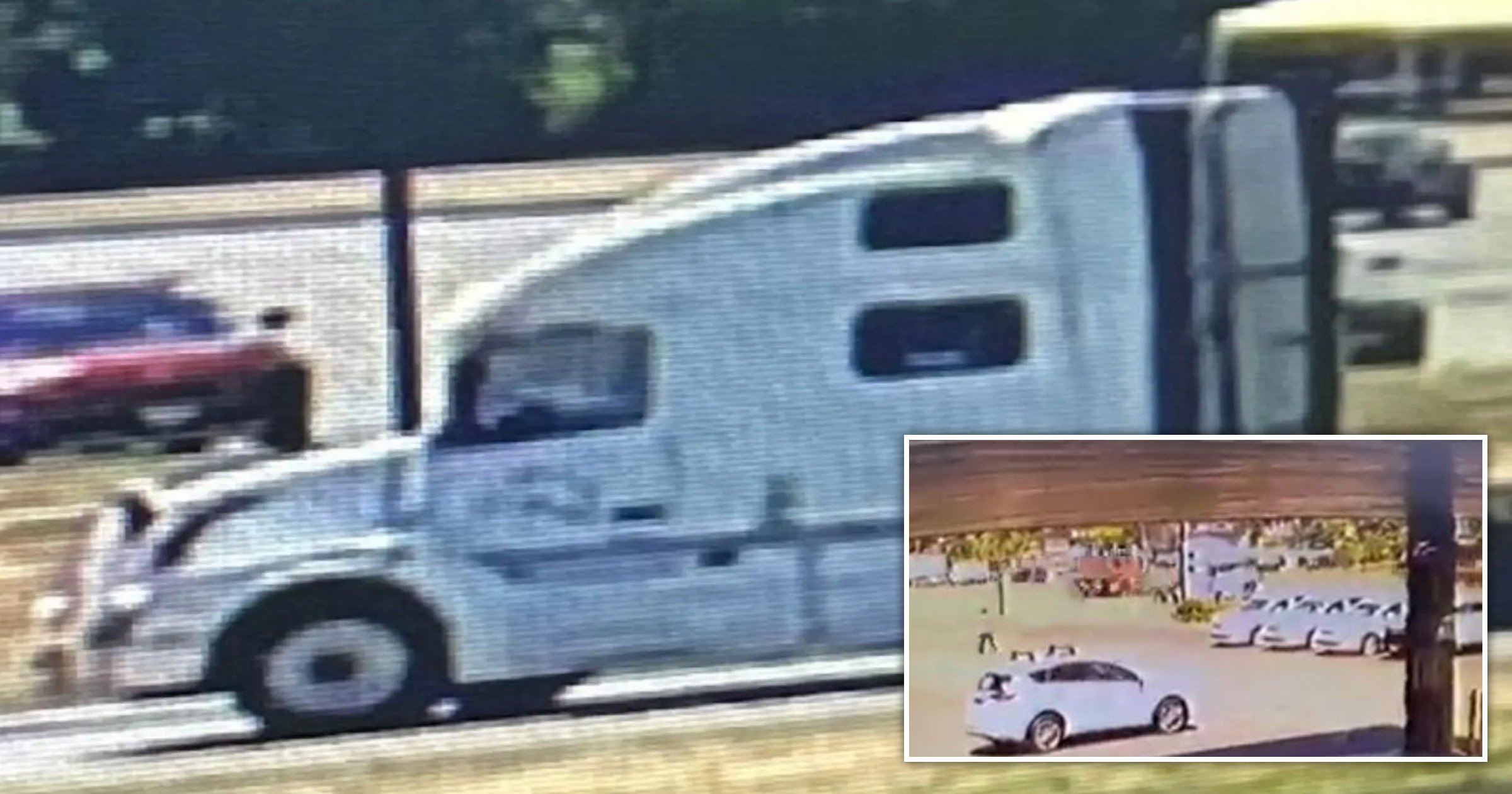 Video surveillance from a nearby business helped police identify the truck and the woman, and eventually led to finding the truck’s driver.

The man and woman were found in the same location, and were safe, police said. Police were unable to share what injuries the woman suffered from that had caused the panic.

The incident was not a kidnapping, as widely believed at first, since the man and woman knew each other. Authorities have not shared their relationship, but have said both were brought in for questioning.

‘We still have a lot of work to do to get to the bottom of what actually happened, but the important thing is we got her home safe,’ Detective Tim Hoover said during a briefing.

The alarming report from eyewitnesses generated a massive, multi-agency search for the woman, who was found safe around 5pm Thursday following a 26-hour manhunt.

No charges have been filed, and police have been unable to comment on whether a crime was even committed.