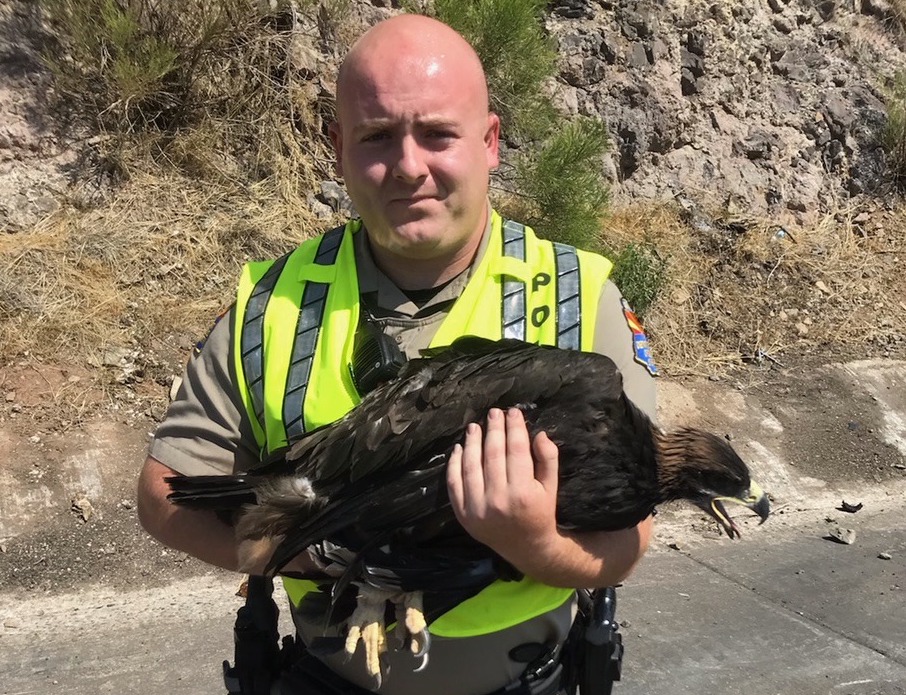 The extreme heat in Arizona is causing large birds suffering from heat strokes to fall from the sky. With temperatures nearing 120 degrees in the western state, as many as 20 birds have been treated daily by state raptor rescue agencies.

On Thursday, a state trooper stopped to examine a pile of what appeared to debris on Interstate 17 near Camp Verde and realized it was a golden eagle, the Fort Worth Star-Telegram reported. The bird which was the size of a beagle was delirious and unable to take flight.

‘Turns out this blazing heat was to blame,’ Arizona Game & Fish officials wrote on Facebook.

The golden eagle was ‘overheated’ and was not injured, officials said. It recovered after having some food and IV fluid, according to Wild At Heart, an Arizona-based raptor rescue organization.

‘With 20 raptor intakes today, WAH had its busiest day of 2021 so far as this heat wave is really taking a toll on the young birds,’ the agency wrote on Facebook.

‘Please put out water for our young birds that can’t fly yet to water and all the birds and wildlife that need shade and water to survive this summer.’