Biden aims to recoup over $700 billion in unpaid taxes by beefing up the I.R.S. 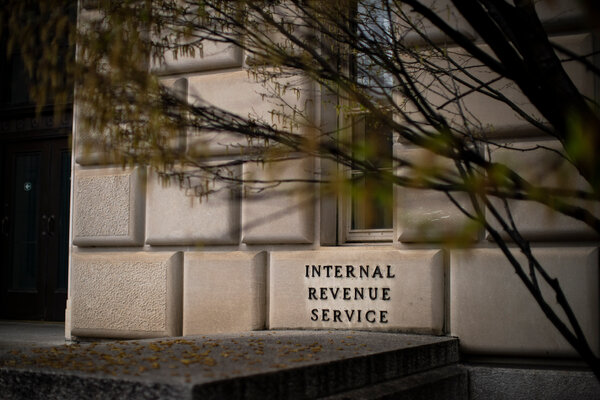 President Biden is expected to propose giving the Internal Revenue Service an extra $80 billion and more authority over the next 10 years as he looks for ways to raise money to pay for his economic agenda, according to two people familiar with the plan.

Mr. Biden is expected to propose beefing up the I.R.S. to crack down on individuals and corporations that evade paying federal taxes. He will use the recouped tax funds to help pay for the cost of his American Families Plan, which he will detail before addressing a joint session of Congress on Wednesday.

The plan will also call for tax increases, including raising the top marginal income tax rate for wealthy Americans and raising the rate that people who earn more than $1 million a year pay on profits earned from the sale of stocks or other assets. Mr. Biden is also expected to call for raising the rate on income that those earning more than $1 million a year get from stock dividends, according to a person familiar with the proposal.

The administration will portray these efforts, coupled with new taxes it is proposing on corporations and the rich, as a way to level the tax playing field between typical American workers and high earners who employ sophisticated efforts to minimize or evade taxation.

Administration officials have privately concluded that an aggressive crackdown on tax avoidance by corporations and the rich could raise at least $700 billion on net over 10 years. The $80 billion in proposed funding would be an increase of two-thirds over the agency’s entire funding levels for the past decade.

Previous administrations have long talked about trying to close the so-called tax gap — the amount of money that taxpayers owe but that is not collected each year. Earlier this month, the head of the I.R.S., Charles Rettig, told a Senate committee that the agency lacks the resources to catch tax cheats, costing the government as much as $1 trillion a year. The agency’s funding has failed to keep pace with inflation in recent years, amid budget tightening efforts, and its audits of rich taxpayers have declined.