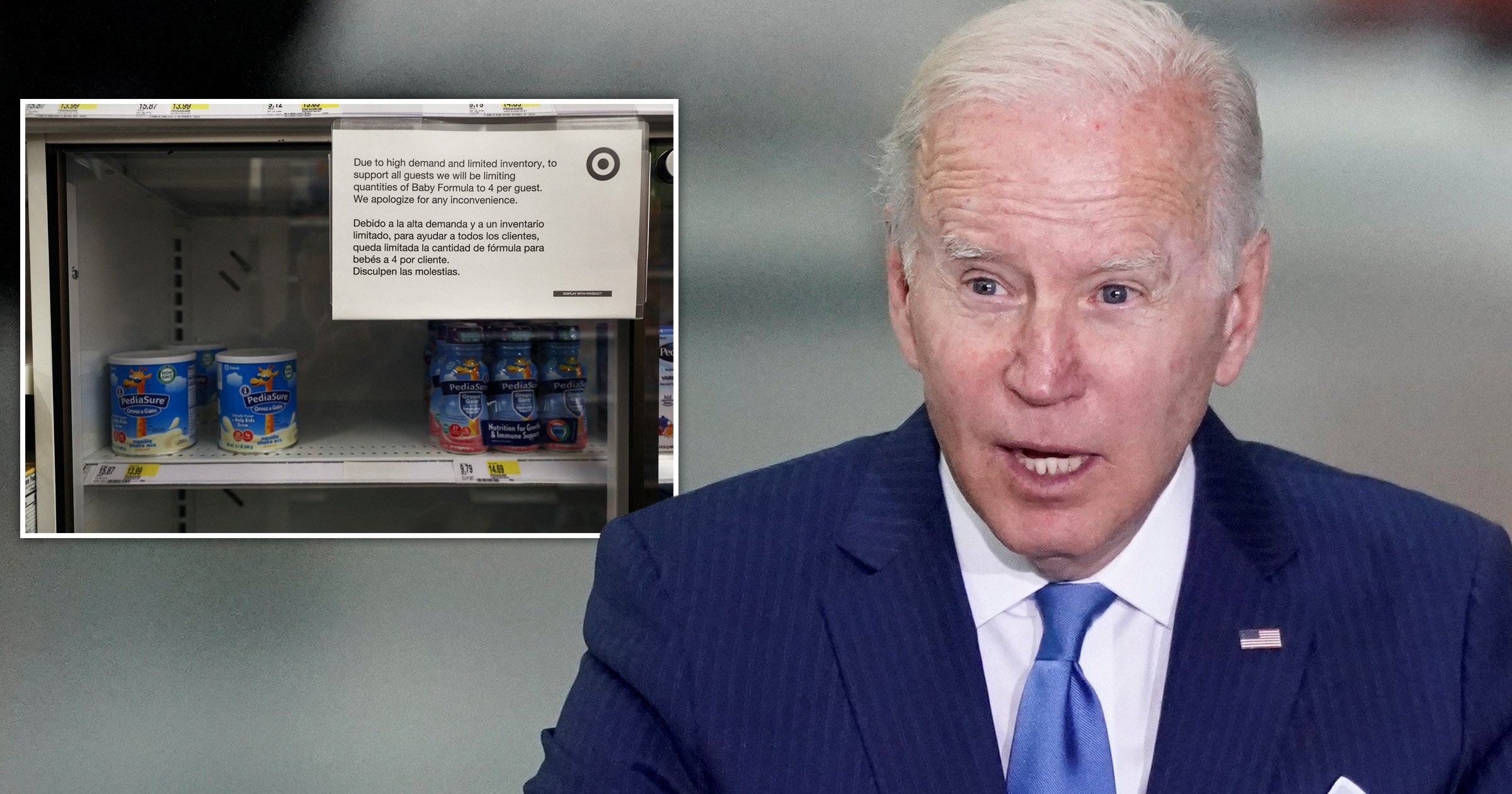 President Joe Biden has invoked a 1950 law to boost the supply of baby formula as the US faces a major shortage that has even led to children’s hospitalizations.

‘Today, I’m invoking what they call the Defense Production Act to ensure that manufacturers have the necessary ingredients to make safe, healthy infant formula here at home,’ said Biden in a video from the White House on Wednesday.

‘I know parents across the country are worried about finding enough formula to feed their babies. As a parent and as a grandparent, I know just how stressful that is.’

The president is also Operation Fly Formula, a program to use American military aircraft to import baby formula that meets US standards from other countries.

Biden said he directed his administration ‘to do everything possible to ensure there’s enough safe baby formula and that it’s quickly reaching families that need it the most’.

‘This is one of my top priorities,’ he said.

Biden’s action came shortly after a report that two children with specific dietary requirements were hospitalized earlier this month in Tennessee because of the formula shortage.

US regulators on Monday said that had reached an agreement to allow baby formula maker, Abbott, restart its largest domestic plant in Sturgis, Michigan.

The factory was shuttered in February after the US Food and Drug Administration (FDA) began investigating four bacterial infections in infants who ate the formula. Two of the babies died.

Abbott was ordered to fix its safety procedures before reopening. It is estimated to take six to eight weeks for baby formula to start reaching stores once Abbott begins producing again.

The federal government last invoked the act at the start of the coronavirus pandemic in an effort to speed up production of equipment to combat the crisis.