There was no breakthrough in our experiment, but the differences were intriguing. 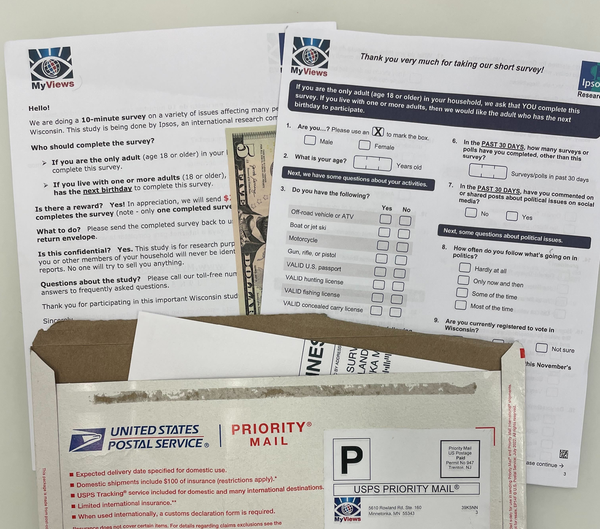 It won’t be long until we learn the results of the 2022 midterm elections — and how the polls fared.

No one can be sure about outcomes on either front. The polls systematically underestimated Republicans in recent cycles, and pollsters have blamed something called nonresponse bias — the possibility that Donald J. Trump’s supporters are less likely to respond to surveys than demographically similar voters.

Nonresponse bias is a serious challenge for pollsters, who can’t hope to know anything about the people who won’t take their surveys. Without that information, pollsters don’t have a way to even account for their existence, much less devise a way to reach them.

So this fall, The New York Times tried something unusual: We paid people to take a poll.

In partnership with Ipsos, The Times paid respondents up to $25 dollars to take a political survey in Wisconsin, the battleground state where polls infamously erred in 2016 and 2020.

Beginning in early September, Ipsos mailed thousands of hard-to-miss priority mail and first-class envelopes to thousands of households across Wisconsin. The mailing contained a $5 bill and a letter promising an additional $20 if the respondent either took the survey online or returned the enclosed questionnaire in a provided return envelope.

At the same time, we fielded a traditional Times/Siena phone poll and an online probability-based panel survey on Ipsos/KnowledgePanel. This experimental design allows us to compare the results of the two groups of respondents, which, in turn, might offer a portrait of the kinds of people who might be less likely to be represented in a typical survey — for example, a moderate who isn’t a political junkie, someone who doesn’t really enjoy talking to strangers, and, yes, a Republican-leaning voter.

The data is still preliminary, and it will probably take at least six months, if not longer, before we can reach any final conclusions. But there is one immediate difference between the two groups, and that is in the polls’ response rates: Nearly 30 percent of households have responded to the survey so far — a figure dwarfing the 1.6 percent completion rate in the parallel Times/Siena poll.