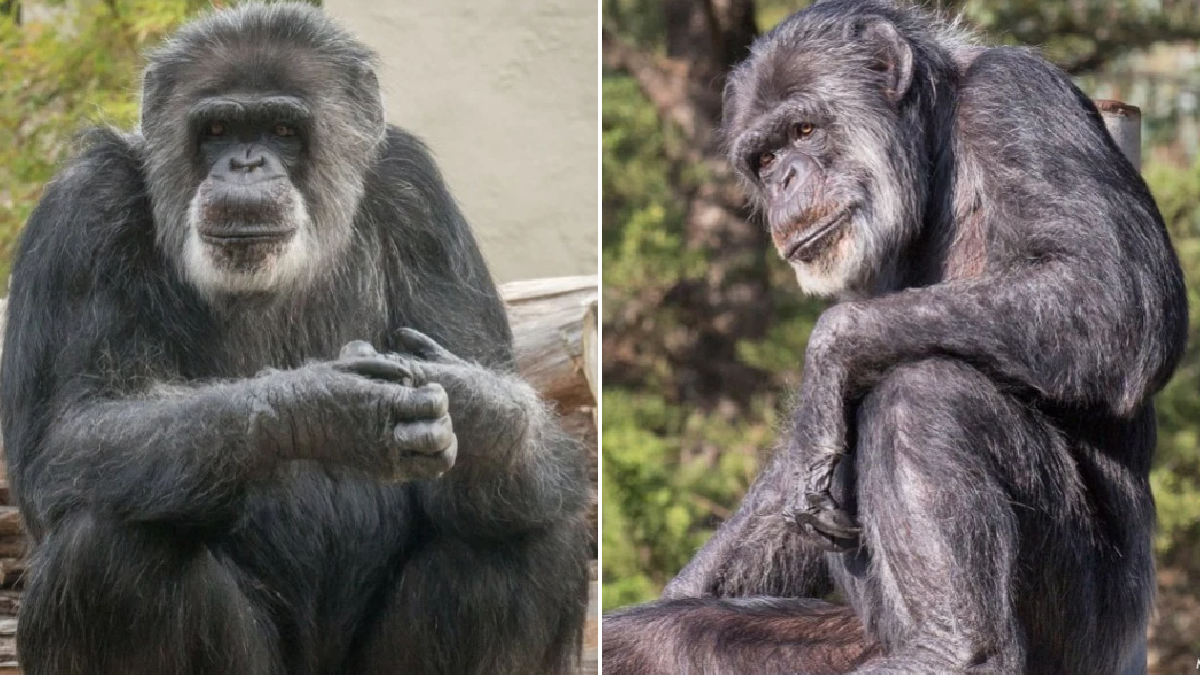 The oldest chimpanzee in North America has died at the age of 63.

The chimp, named Cobby, died on Saturday at the San Francisco Zoo & Gardens, in California, having lived there for almost all of his life. Although the zoo has said his cause of death is yet to be determined, Cobby had been ill and old age is believed to have been a factor in his death.

In the wild chimpanzees have live for an average of 33 years but Cobby managed to live well beyond that after initially being brought to the zoo in the 1960s. As an infant he was taken from his natural habitat and hand-reared to perform before arriving at the zoo aged seven.

In a statement the zoo said Cobby, who left no offspring and was nicknamed ‘Daddy’, was a ‘gentle soul’ who was ‘beloved by all’. 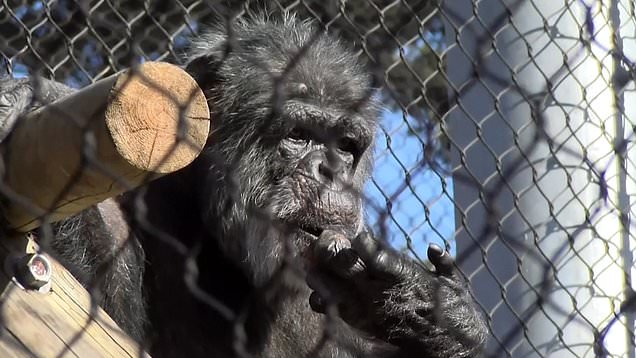 Posting on Twitter, a zoo spokesperson said: ‘ We are heartbroken to share the sad news of the passing of our beloved Cobby.

‘Cobby, a gentle soul, brought a calming presence to our troop of seven and was a protective companion to Minnie and Maggie, who he lived with for 42 years.

‘As the oldest male chimp in any accredited North American zoo, he bridged generations of zoo-goers as a fan favorite & was beloved by all. Over the years Cobby enjoyed resting on the various platforms, snacking on his favorite foods, climbing up high and interacting with his keepers.’

In 2018 a film about Cobby’s life was released which recalls how he was spared a life of performing and taken too the zoo in San Francisco as a safe haven. The film, called Cobby: The Other Side of Cute, shows how Cobby was stolen from his natural habitat to work on TV before being retired into the zoo at age seven.

Zoo director, Tanya Peterson, said: ‘Our heart is overwhelmed by this catastrophic loss.

‘Coby was a leader in both charisma and compassion for our chimpanzee herd. Throughout he was a protective companion who showed patience and resilience.’

The zoo also said that Cobby was the respected elder of his troop.

The statement said: ‘He was the respected elder and was able to bring together a newly formed troop with the addition of four adults chimps. The loss of Cobby’s larger-than-life presence will certainly have an impact on everyone, especially Minnie and Maggie.

‘Cobby was a major part of the zoo family. He touched so many lives, and staff and visitors alike have so many memories of him.

‘It was a privilege to know him. We will miss you dearly, Cobby!’