Alexandria Ocasio-Cortez Will Push Washington. Will Washington Push Back?

Minutes after starting her acceptance speech on election night, Alexandria Ocasio-Cortez, the newly elected congresswoman from Queens, was surprised to hear groans.

She, along with everyone in the room, had noticed a news update that had flashed across one of the giant screens above the crowd: Democrats had narrowly lost the Senate race in Texas. Ms. Ocasio-Cortez took quick stock of the mood of the crowd and resumed speaking.

“What we need to do as well, is realize that these short-term losses do not mean we have lost in the long run,” she said. 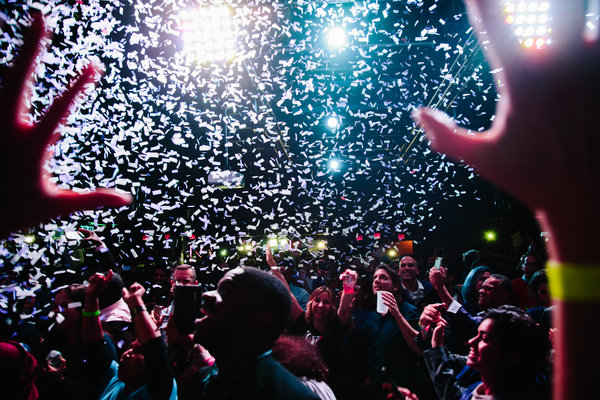 It was a theme Ms. Ocasio-Cortez peppered into her nearly 15-minute speech at her victory party in Queens, vowing to change, not just the Democratic Party, but politics in Washington, rather than allowing the status quo to change her.

Ms. Ocasio-Cortez, 28, became the youngest woman elected to the United States House of Representatives, capping a meteoric rise for someone who began the year as a bartender at a Union Square restaurant.

After upsetting Representative Joseph Crowley in the June primary in the 14th Congressional District, which includes parts of Queens and the Bronx, Ms. Ocasio-Cortez became an instant star of the Democratic Party, whisking across the nation to help progressive, like-minded, candidates; Ocasio-Cortez, a democratic socialist, became a boogeyman for conservatives, who pounced on any perceived flaw or possible misstatement.

[Are you a democratic socialist? Take this quiz.]

But after her victory, Ms. Ocasio-Cortez must now contend with the challenge of using her voice and star power to bring change to the Democratic Party, and to help shape policy in a way that most first-term House members aren’t ask to do.

“There’s so many people that know that we’re going into the lion’s den, even within the party,” Ms. Ocasio-Cortez said in an interview this week.

Ms. Ocasio-Cortez said the fight to change the Democratic Party will be tougher than the battle against President Trump and the Republicans.

When asked why, Ms. Ocasio-Cortez declined to be more specific, perhaps understanding the need for pragmatism when trying to forge alliances with Democrats. She spoke broadly about “systemic issues that are impacting our democracy overall,” like money in politics, and disparities between the rich and poor.

But Ms. Ocasio-Cortez did say that she may continue to support progressive challengers to Democratic incumbents, a practice that irked some national Democratic leaders. “It’s all kind of a case-by-base basis,” she said.

Ms. Ocasio-Cortez may be girding for a fight, but some colleagues are expecting an amicable relationship.

Representative Carolyn Maloney of Manhattan, who defeated a young insurgent challenger in the primary, said she planned to host a luncheon with Ms. Ocasio-Cortez, and two newly elected state senators, Jessica Ramos and Julia Salazar, “who I think are going to be fabulous,” Maloney said. “We’ll be working together.”

“Even some of your friends, who you consider somewhat liberal, may have a tough time with some of these immigration issues,” he said. “For me, it’s tough to accept that the entire party doesn’t rally behind Dreamers or behind these families that were being separated.

“So it takes me further to the left when I see that,” he added.

Supporters at Ms. Ocasio-Cortez’s election night party said they were drawn to her campaign because she was outspoken. They hoped this attitude would continue in office.

“Even if Democrats win, Alexandria is in the minority,” because she is more progressive than her colleagues, said Hawk Newsome, founder of Black Lives Matter of Greater New York. “She is there to change the way business is done.”

Ms. Ocasio-Cortez said that on Monday she spoke with Ms. Pelosi, who did not directly ask for support in her campaign to be re-elected speaker of the House.

Ms. Ocasio-Cortez said she also has recently met or traded phone calls with several members of the New York delegation. All have been welcoming, and full of advice on how to prepare for Washington.

“It really is like high school orientation,” Ms. Ocasio-Cortez said. “It’s like you pick your committees the way you pick your courses. And people ask, like, little logistical things like, ‘where you going to live?’”

No decision there yet, she said. “Honestly, I’ve been so focused on today that I’m not trying to count my chickens before they’re hatched.”

Ms. Ocasio-Cortez said the transition period will be “very unusual, because I can’t really take a salary. I have three months without a salary before I’m a member of congress. So, how do I get an apartment? Those little things are very real.” She said she saved money before leaving her job at the restaurant, and planned accordingly with her partner. “We’re kind of just dealing with the logistics of it day by day, but I’ve really been just kind of squirreling away and then hoping that gets me to January.”

Ms. Ocasio-Cortez said she will skip a popular postelection meeting, which begins Friday, that draws many New York Democratic politicians to Puerto Rico because it conflicts with an orientation for new congressional members. And, as she put it, “I need a minute.”

Campaign aides are focused on closely managing Ms. Ocasio-Cortez’s time, in response to the enormous amounts of media obligations she’s had the past few months.

She’s also had a regular presence on social media, where she has more than a million followers. That’s likely to continue, along with all her appearances in Queens and in the Bronx. Ms. Ocasio-Cortez said it’s vital to meet people in person, for handshakes, selfies and conversations.