Isaac Wright pulled himself up onto the crest of a 400-foot suspension bridge last fall, looked down at the specks of headlights below, and experienced a rush he had not felt since he was paratrooper in an Army Special Forces battalion.

He had left the Army a few months before on a medical retirement after six years in uniform, but as a civilian, he soon felt disillusioned and directionless, struggling with post-traumatic stress disorder and thoughts of suicide.

Climbing, he discovered, helped. Hoping to build a profession as a photographer, he had started scaling buildings to find different views, and realized it also offered a fresh perspective on life. Going up hand over hand forced him to focus on the present instead of the past. The vistas were inspiring. It was better, he said, than any therapy he had ever tried.

So he started crisscrossing the country, chasing that feeling. He trespassed at night, jumping fences, edging across girders, scrambling up skyscrapers, stadiums, bridges and construction cranes, joining a fringe community of like-minded adventurers who call themselves urban explorers. He made stunning photographs and shared them under an alias on social media, where he attracted thousands of followers.

“Picking up a camera was lifesaving for me,” Mr. Wright, 25, wrote in an Instagram post on Veterans Day that featured him perched on a steel beam high above Midtown Manhattan. “It showed me all the beautiful things in life after my life was falling apart.”

But what Mr. Wright saw as transformative was also extremely dangerous, and a crime. The police in his hometown, Cincinnati, put out a nationwide warrant for his arrest after he climbed a skyscraper there. Though he had no criminal record and owned no guns, the warrant warned that he had special military training and PTSD, and should be considered armed and dangerous.

In December, records show, state troopers in Arizona shut down an interstate highway to catch him. With a police helicopter circling overhead, more than 20 officers swarmed in with dogs and assault rifles. 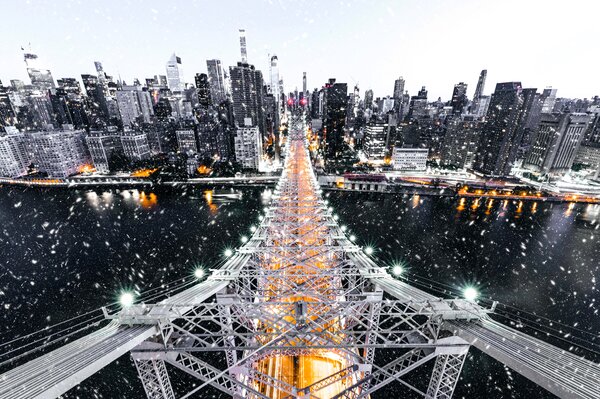 Mr. Wright, who is Black and has had two members of his extended family killed by police officers, edged out of his car and lay down on the asphalt with his hands outstretched, unaware that his exploits had made him the subject of an interstate manhunt.

Urban explorers who are caught trespassing are typically charged with misdemeanors, if at all. Mr. Wright, however, was charged with burglary — for entering a building to take photographs — and several other felonies that could put him in prison for more than 25 years.

After the arrest, he was held without bond in 23-hour lockdown for nearly four months. Prosecutors argued that Mr. Wright’s time in the Army made him too dangerous to release.

“The state has not known what his motivations are, what his experience is,” the Hamilton County prosecutor handling the case told a judge this spring. “But we do know what his training is, and his training makes him at least potentially very dangerous for our community.”

Stuck behind bars, he began to feel that he was being punished for his time in uniform.

“I gave a lot for this country,” Mr. Wright said in an interview. “And I feel at every step, they have used it against me.”

Psychotherapy and medication “work for a large number of people, but not everybody,” said Kristen Walter, a clinical research psychologist at the Naval Health Research Center in San Diego, who studies the effects of physical activity on veterans with depression and PTSD.

Dr. Walter studied a veterans’ surf group and found that sessions left members engaged and focused, and let them make joyful social connections. “I was seeing all the things I was trying to accomplish in therapy,” she said. “Traditional approaches all try to reduce negative symptoms. Recreation actually seems to add the positive.”

It gets complicated, though, when the recreation crosses legal lines. The Cincinnati police have taken a hard line against Mr. Wright out of an abundance of caution, said Capt. Doug Wiesman, who oversees officers in the city’s downtown.

“The level of sophistication this guy is using and the magnitude of his crimes is pretty scary,” Captain Wiesman said, noting that in his quest to reach rooftops, Mr. Wright had damaged doors and security cameras and endangered himself and others. “The pictures are beautiful, I’m not going to deny that, but he leaves a wake of destruction.”

Mr. Wright is charged with illegally climbing three structures in Cincinnati. Prosecutors have told Mr. Wright that he can avoid prison time by pleading guilty to a felony and agreeing to therapy, probation and no more climbing.

But Mr. Wright seemed dejected at the thought. “You could put me through years of therapy, give me all the meds in the world, and it would not help me the way that my art helps me,” he said.

Mr. Wright grew up in the suburbs of Cincinnati in a conservative Baptist family. As a child, he said, he often climbed trees to find quiet. He excelled in school gifted and talented classes and playing several sports, according to friends.

When he enlisted in the Army, top test scores gave him his pick of military jobs. He chose to become a chaplain’s assistant in a Special Forces battalion — a job that focused on supporting soldiers in need.

“He was a super squared-away guy,” said Alexander Carrasco, who served with Mr. Wright at Fort Bragg. “He once talked a soldier who was suicidal off a fifth-story ledge at midnight. And that’s who he was, always there for everyone.”

Records show that Mr. Wright deployed to the Middle East, won awards and was promoted to sergeant ahead of his peers. But the responsibility for hundreds of soldiers became hard to bear.

A few years into his career he was assigned to an infantry battalion just back from Afghanistan that had no chaplain, and checked in each week with a long list of soldiers struggling to readjust. Sometimes his efforts were not enough. Two soldiers he was working with killed themselves.

“I did as much as I could,” he said. “But when you lose people, you rack your brain, asking if you could have done more.”

Mr. Wright injured an ankle during a parachute jump in a training exercise, and the Army started the process of discharging him on medical grounds. During his evaluation, records show, Army doctors diagnosed him with PTSD and depression.

In March 2020, he was medically retired with an honorable discharge. He wanted to continue psychotherapy, he said, but could not get an appointment at a veterans’ hospital because of the coronavirus pandemic and found little value in group video sessions.

Out of uniform, living on a modest medical pension, he spent more and more time traveling to make illicit climbs in New York, Detroit, Houston, New Orleans, Jacksonville, Chicago and other cities, drowning his darkest thoughts with the heart-pounding excitement of standing on a ledge to see the sun striking the city below.

“You are literally above every ugly and bitter thing that we face,” he said. “It made me want to be better as a person.”

For him, transgression was part of the thrill. He traveled with a bag of lock-picking tools, and slipped in and out of his targets undetected, a cat burglar who stole only the view. He rationalized breaking the law by telling himself he was not hurting anyone.

Then came the tallest building in Cincinnati, Great American Tower, crowned with a 170-foot steel tiara. On an evening in November, Mr. Wright slipped past security, took the stairs to the roof and began pulling himself up the tiara, unaware that security guards had spotted a mysterious bearded man on a surveillance camera.

As police officers were on their way up, Mr. Wright was on his way down. He walked away unseen.

The case might have ended there, but a detective named Jeff Ruberg found a sticker Mr. Wright had slapped on the tiara with his social media handle, @DrifterShoots. That led the police to a multimedia travelogue of dozens of illegal climbs from someone they considered an unstable, potentially dangerous veteran.

After the arrest in December, Cincinnati police alerted other cities where Mr. Wright had climbed. Soon he was facing charges in Louisiana and Michigan.

In April, Mr. Wright’s lawyer was able to get his bond reduced to $10,000, and Mr. Wright was released to await his Ohio trial. Soon he was pulled over by the Kentucky State Police, who had been tipped off by Detective Ruberg that Mr. Wright was potentially dangerous, and had climbed a bridge in their state. The troopers arrested him with Tasers drawn.

“I don’t understand why they are treating me like an animal,” Mr. Wright said in an emotional interview after he was released on bond a few days later.

He says he has stopped climbing, but now feels like he has no outlet to deal with the stress compounded by the mounting number of criminal cases.

A few days after he returned to Ohio, a dozen police officers, led by Detective Ruberg, pounded on Mr. Wright’s door. Philadelphia was charging him because of video footage that showed him climbing a bridge in the city. With guns drawn, police officers took him to jail on a new felony warrant.

Mr. Wright was nearly in tears after he left the jail on bond three days later.

“Not everything that’s illegal is immoral,” he said in an interview, adding that he hoped to eventually resolve his cases and climb again. “What if it is a victimless crime that is bringing something wonderful into the world and inspiring and helping people?”

It appeared that, for the moment, the authorities were not inclined to look at it that way. “Maybe,” Mr. Wright said, “I’ll just have to move to another country.”