Five people were found shot to death in a home in Indianapolis on Sunday morning, a crime that the city’s mayor denounced as an evil act of “mass murder” that amplified a recent spate of gun violence there.

One of the victims was a pregnant woman, according to the authorities, who said that efforts to save the fetus were unsuccessful.

The authorities said that more than one person might have carried out the shooting, and that the victims were targeted.

The bloodshed came just days after the mayor and police officials discussed plans to reduce violent crimes in Indianapolis, where local news media reported that there were 245 homicides in 2020 — a record, and a 40 percent increase from 2019.

Mayor Joe Hogsett condemned the violence at a news conference on Sunday afternoon, during which the city’s police chief said that the attack was the worst mass casualty shooting in more than a decade in Indianapolis.

“What happened this morning was a mass murder,” Mr. Hogsett said, “the choice of an individual or individuals to bring — and I do not use these words lightly — terror to our community.”

A sixth victim, described as a male juvenile, was hospitalized with gunshot wounds after he was found on a nearby block before the other victims were discovered, the police said. The authorities said he was expected to survive.

“What we saw this morning was a different kind of evil,” Randal Taylor, the city’s police chief, said. “There are no right words to say at this time. I myself am heartbroken for the lives that have been taken too soon, for the young life that’s forever been changed and for the young life that never got a chance to start, for the neighborhood left to pick up the pieces in the wake of unprecedented violence and for all of the family and friends that have been rocked by grief.”

The police said that just before 4 a.m. they received a report of a person shot in the northeastern part of Indianapolis. When officers arrived, they found the juvenile who had sustained gunshot wounds.

Officers later received information that led them to a nearby home in the 3500 block of Adams Street, where, the police said, they found the five people shot to death.

It was not immediately clear why the victims, at least four of whom shared the same surname, were targeted.

Chief Taylor said that the shooting seemed to be an isolated event, and that there did not appear to be a threat to the public.

“I’m angry that the perpetrators felt that they had the right to commit this senseless act in the community, in our community,” he said.

The mayor vowed to bring to justice those responsible for the shooting, along with anyone who might have provided the guns used in the attack and anyone who abetted the killers. Mr. Hogsett said that he had already engaged the Federal Bureau of Investigation, the U.S. Attorney’s Office for the Southern District of Indiana and other law enforcement partners.

Chief Taylor noted that the attack was one of several shootings that took place across the city on the same night.

“I think it’s concerning that we have to have this many detectives assigned to homicide in the first place,” he said.

Rick Snyder, president of the Indianapolis Fraternal Order of Police, criticized the city’s response to the recent violence in a series of Twitter posts on Sunday.

“Our neighborhoods throughout the City are suffering repeated trauma as the result of surging violence,” Mr. Snyder said.

Mr. Hogsett attributed the surge in violent crimes in Indianapolis and across the nation partly to the “economic and personal anxiety faced by millions of Americans due to a global pandemic.”

“But that is not what happened today,” he said. “This is a crisis of morality, a crisis of conscience. This morning, the city of Indianapolis was targeted with an act of depravity that has become all too common across the country and will never cease to shock the conscience.” 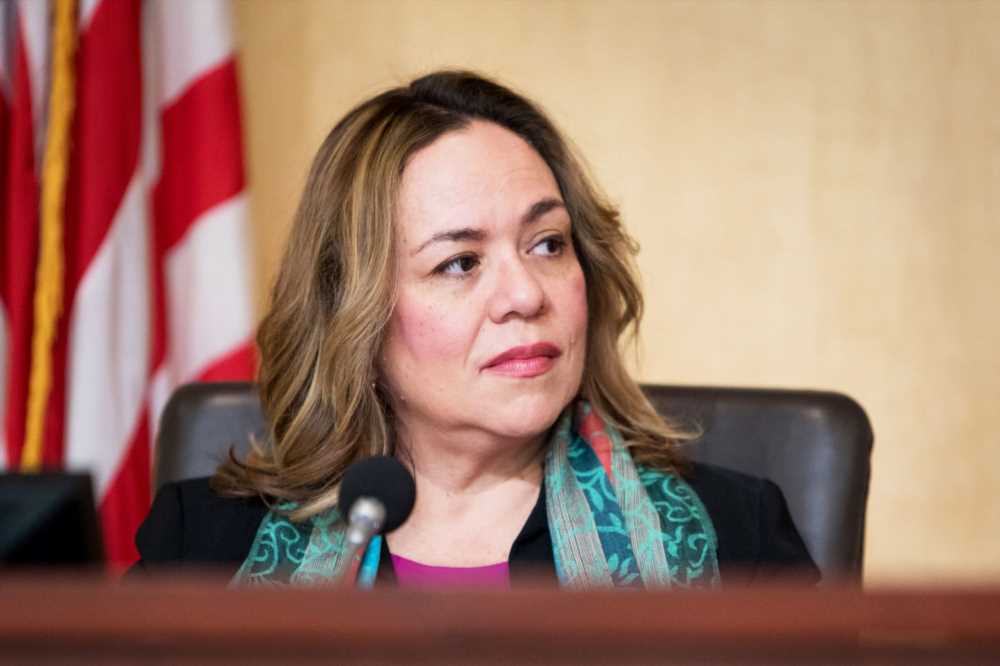