3 Downpours in 8 Days: How Extreme Rain Soaked the Midwest

Back-to-back deluges swamped Kentucky, Missouri and Illinois. These type of storms are expected to be more frequent and more intense as the planet warms, climate experts say. 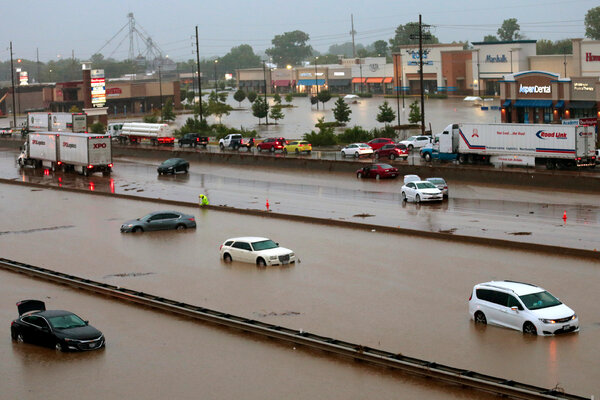 Three separate downpours across three states over a span of eight days this summer swept away homes, destroyed crops and left at least 39 people dead.

The intense rainfall, in Missouri, Kentucky and Illinois, broke century-old records and destroyed swaths of communities, prompting warnings from climate experts, who said the intensity and frequency of heavy rain was likely to increase as Earth continued to warm.

Some areas of southeastern and central Illinois recorded more rain in 36 hours on Monday and Tuesday than they usually get in the entire month of August. In eastern Kentucky and central Appalachia, rainfall observed from July 26 to July 30 was over 600 percent of normal. In Missouri, rainfall records were obliterated during a two-day downpour last week.

No one storm can be directly attributed to climate change without further analysis, but the intensity of these downpours is consistent with how global warming has led to an increase in the frequency of extreme rainfall. A warmer Earth has more water in the atmosphere, resulting in heavier rainstorms.

“We anticipate that these type of events might become even more frequent in the future or even more extreme in the future as the earth continues to warm, which means that this is kind of a call to action that climate change is here,” said Kevin Reed, an associate professor at the School of Marine and Atmospheric Sciences at Stony Brook University in New York. “It’s not a problem for 50 years from now. It’s a problem now.”

Heavy Rainfall Across the United States