Wolfgat, which opened last year in an isolated fishing village on South Africa’s Western Cape, named best in the world. 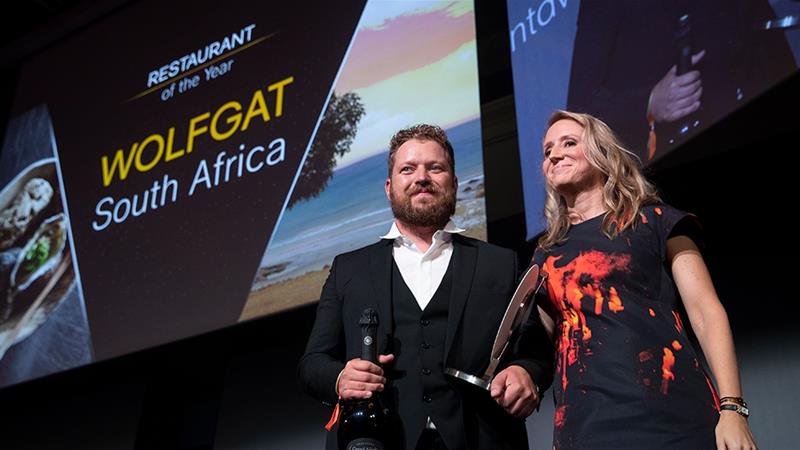 A tiny beach restaurant in an isolated fishing village in South Africa was named the best in the world on Monday, at the inaugural World Restaurant Awards in Paris.

Chef Kobus van der Merwe, who only learned to cook when he was 30, forages every day for ingredients on the wild Atlantic shore of the Western Cape near his Wolfgat restaurant. Van der Merwe, 38, also makes his own bread and butter.

Wolfgat just opened last year in a 130-year-old cottage and cave on the beach at Paternoster.

Its seven-course tasting menu costs the equivalent of 53 euros ($60), a fraction of what you are likely to pay at a top Paris table.

But its humble setting and van der Merwe’s belief in sustainable, back-to-basics cooking won over the judges of the World Restaurant Awards in the French capital.

Van der Merwe can only feed 20 people at a sitting, which usually lasts two and a half hours.

With dishes such as twice-cooked laver (seaweed), angelfish with bokkom sambal and wild garlic masala, limpets, mussels and sea vegetables harvested within sight of its “stoep” (porch), it also won the prize for best “Off-Map Destination”.

Bearded van der Merwe – a former food blogger – said that, apart from the influence of the subtle spices of local Cape Malay cooking, his philosophy was to “interfere as little as possible with the products, and to keep them pure, raw and untreated”.

“It’s a very minimalist approach – it doesn’t make sense to gather amazing herbs but then transform them into a sauce that has nothing to do with them,” he added.

No-nonsense restaurants known for their affordable food featured prominently in the awards, set up by one of the 50 Best Restaurants list’s own founders, Joe Warwick, to challenge its primacy.

While the 50 Best has been hit by allegations of lobbying and bias against French cuisine, the new awards claim to pride themselves on “diversity and integrity”, with 50 men and 50 women on the judging panels.