The fake medicines in Africa that can kill 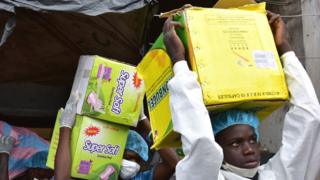 The proliferation of fake medicines in Africa is a public health crisis that can no longer be ignored, according to a UK charity.

The Brazzaville Foundation is organising a meeting of seven African countries, in Togo, this week, to combat the problem.

Congo, Niger, Senegal, Togo, Uganda, Ghana and The Gambia will discuss measures to clamp down on trafficking in fake medicines.

But how big a problem is counterfeit medicine in Africa, and what impact does it have?

How many counterfeit drugs are there?

Globally, the trade in counterfeit pharmaceuticals is worth up to $200bn (£150bn) annually, with Africa among the regions most affected, according to industry estimates.

The World Health Organization (WHO) says 42% of all fake medicines reported to them between 2013 and 2017 were from Africa.

The European region and the Americas (North and South) accounted for 21% each.

But how reliable are these figures?

The WHO has a reporting mechanism that relies on national or regional regulatory authorities around the world to notify it of seizures. So the data for 2013-17 is only as good as the surveillance and reporting systems in the countries or regions concerned.

The WHO has itself noted that as more officers were trained and national regulators became more aware, the numbers of drug seizure reports went up. So it’s possible areas with weak regulation and enforcement may be under-reporting the extent of the problem.

Bright Simons, who set up a mobile system to verify drugs in Ghana, says it’s not possible to produce a precise estimate, as the trade is underground.

But there’ve been several seizures in recent years, which give an indication of the size of the problem in West Africa:

The accounting firm PwC says the proportion of fake pharmaceuticals in some countries can be as high as 70%, in developing regions such as Africa.

The WHO estimates one out of every 10 medical products in low- and middle-income countries, which includes most of Africa, is sub-standard or fake.

What harm do fake drugs do?

Analysis by the London School of Hygiene and Tropical Medicine for the WHO estimates substandard and fake anti-malarial drugs could be causing 116,000 extra deaths from the disease every year in sub-Saharan Africa at a cost to patients and health systems of on average $38.5m a year. 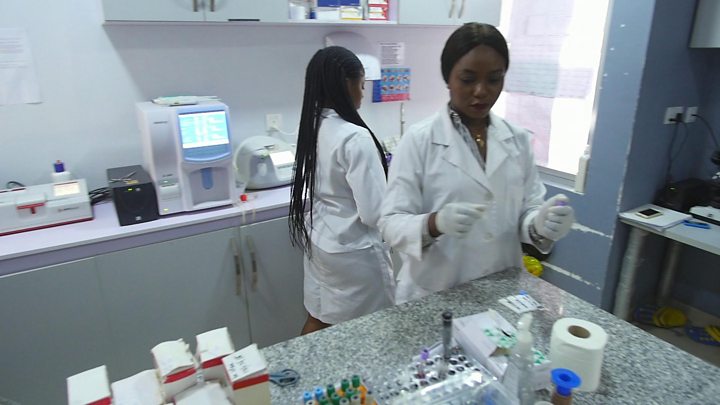 And in 2015, a study published in the American Society of Tropical Medicine and Hygiene estimated more than 122,000 children under the age of five died each year because of sub-standard anti-malarial drugs in sub-Saharan Africa.

Although these results are only estimates, the scientists say they suggest poor quality drugs are important contributors to under-five mortality rates.

Why is it hard to fight fake medicines?

Fake medicine can often be indistinguishable from the real products, with the packaging as good if not better than the original.

And weak or inconsistent legal frameworks and the lack of regulations to address sales, often carried out online or in informal locations, add to the problem, the UN says.

There’s also an issue with the cost of drugs in poorer countries.

“If a good quality medicine from a known supplier is too expensive, people may try a cheaper one from an unlicensed supplier,” the WHO says.

Cutting prices for licensed drugs, however, does not guarantee a solution.

Even low priced medicines can make money for criminals, as long as the sales volume is high enough.

But there are some technological solutions being tried out to tackle the problem, including mobile apps to help users verify medicines, using scratch stickers, barcodes and other means of identification printed on packaging.