Demonstrators set fire to vehicles in Bangolo while police forces dispersed them with tear gas, according to witnesses. 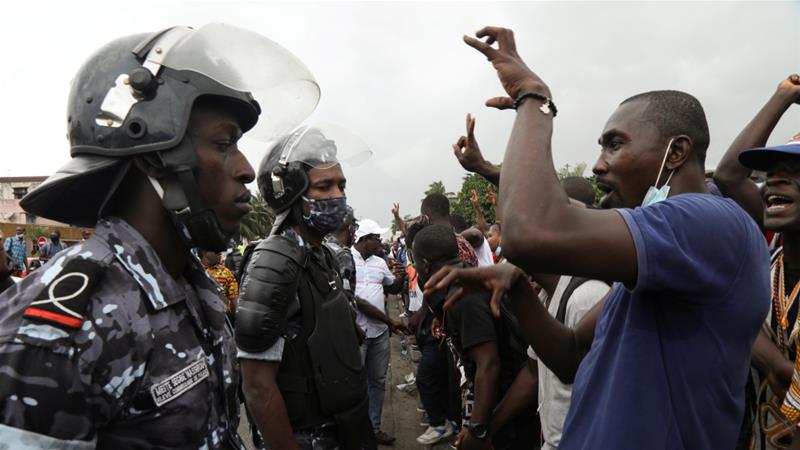 Protests against Ivory Coast President Alassane Ouattara’s contentious plan to run for a third term have turned violent in several cities as fears grow of a repeat of a conflict that claimed 3,000 lives in the West African country a decade ago.

In the economic capital Abidjan, protesters torched a bus in the working-class district of Yopougon on Monday after scuffles broke out earlier in the day between security forces and youths.

The district is thought to be a fief of exiled former president Laurent Gbagbo, whose supporters have filed an application for him to run in the October 31 presidential election.

It was Gbagbo’s refusal to concede defeat to Ouattara after the 2010 election that sparked the bloody conflict in the former French colony, formerly a beacon of stability and prosperity in the region.

In the centre-west city of Bangolo, demonstrators set fire to a mining truck and other vehicles on Monday, according to a resident, who added that gendarmes dispersed them with tear gas.

Witnesses said security forces took down barricades set up by protesters on several roads in the west of the country.

About 15 people have died in violence since Ouattara, 78, announced last month that he would run for a third term.

Although the constitution limits presidents to two terms, Ouattara and his supporters argue that a 2016 constitutional tweak reset the clock.

The president had previously committed to not running again, but he changed his mind after the sudden death of his anointed successor – Prime Minister Amadou Gon Coulibaly – from a heart attack in July.

This week, the constitutional council is expected to release a list of candidates who will be allowed to contest the vote from among 44 applicants, with two of the most prominent hopefuls – Gbagbo and former rebel leader Guillaume Soro – expected to be sidelined.

The electoral commission has said anyone convicted of a crime will be disqualified and has already barred Soro from running as he was sentenced in April to 20 years in prison for “concealment of embezzlement of public funds”.

Gbagbo has been sentenced in absentia to a 20-year term for the looting of the local branch of the Central Bank of West African States during the 2010-11 crisis.

Former President Henri Konan Bedie is expected to be the opposition’s main flagbearer, and his PDCI party nominated the 86-year-old as its candidate on Saturday. 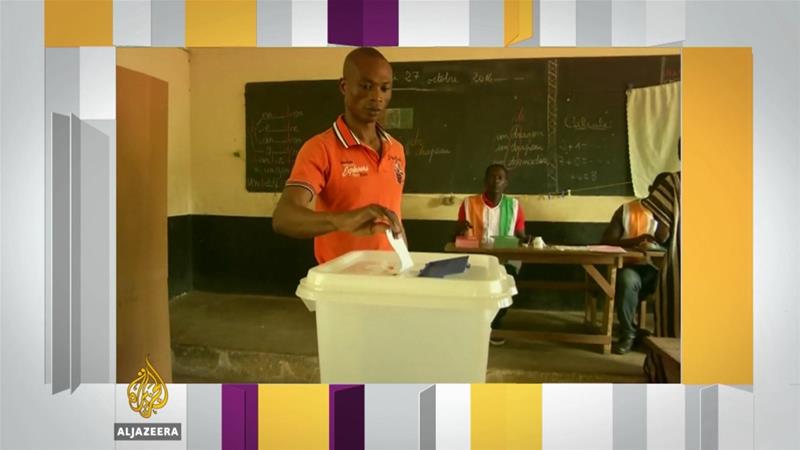