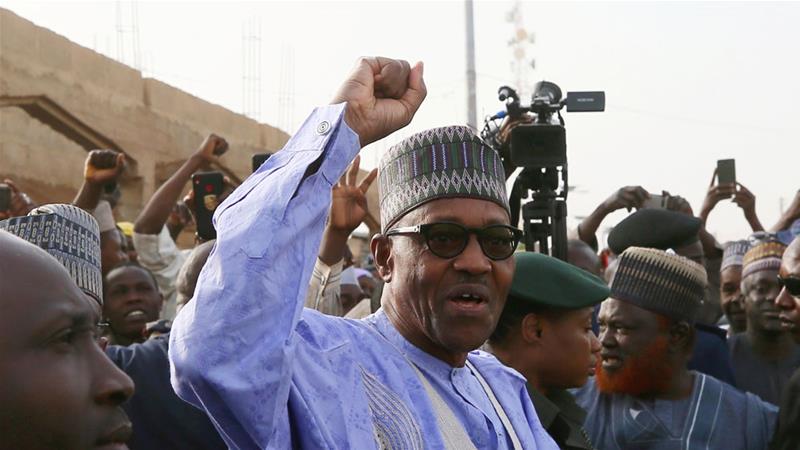 Abuja, Nigeria – Nigerians are heading to the polls in one of the most closely contested presidential and legislative elections in the country’s political history, after a week-long delay over security fears.

About 120,000 polling stations opened at 07:00 GMT across Africa’s most populous nation and leading oil producer, with results expected early next week.

The elections on Saturday marked the end of a bitter campaign between two frontrunners: incumbent President Muhammadu Buhari, 76, of the ruling All Progressives Congress, and opposition candidate Atiku Abubakar, 72, and former vice president of the People’s Democratic Party.

More than 84 million Nigerians have registered to take part in the crunch vote, and long queues were reported at several polling stations across the country early on Saturday. 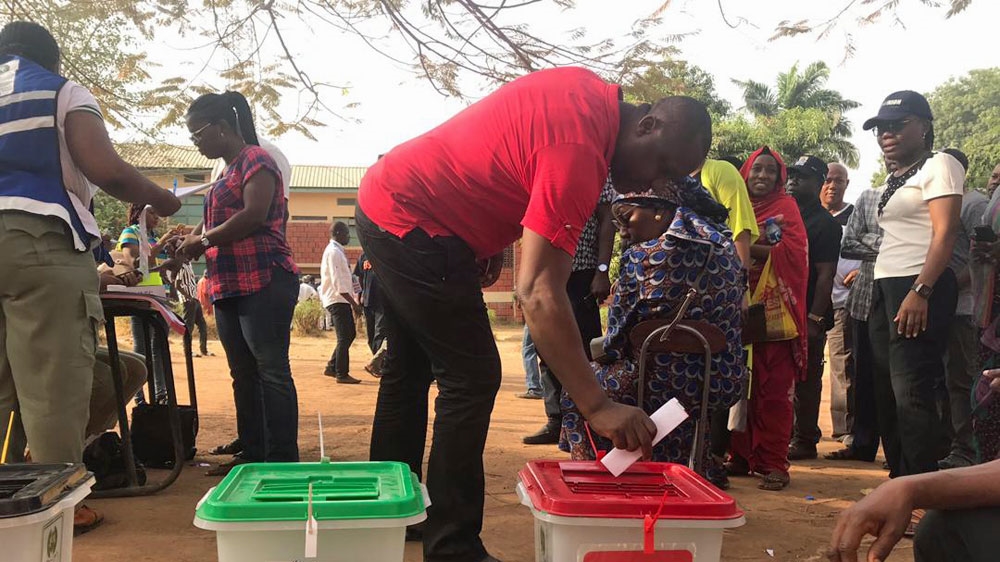 Seventy-three candidates are running for the presidency – the highest number of presidential hopefuls in the country of nearly 200 million people.

The armed group Boko Haram had vowed to disrupt the elections, which the Independent National Electoral Commission (INEC) last Saturday delayed for one week, just hours before they were due to open the polls.

That angered voters who had already travelled to their home towns and villages to participate int he vote and saw the main parties accuse each other of conspiring with INEC to rig the result.

While the INEC has promised safety for voters in Saturday’s polls, many in the restive north have said they would not venture out of their homes to vote.

“I will remain indoor with my children. I don’t think I will go out to vote because anything can happen,” Hadiza Idris, a resident of the city of Maiduguri, told Al Jazeera.

Suspected members of Boko Haram on Saturday attacked Geidam city in neighbouring Yobe state, where residents were forced to flee their homes and hide in the bush.

The attacks in the northeast come on the back of an ambush against a convoy of Borno state Governor Kashim Shetima, while on his way to a campaign rally in Gamboru Ngala last week.

Northeast Nigeria has been hit by the decade-long Boko Haram campaign of attacks in recent months carried out by the offshoot Islamic State of Iraq and the Levant (ISIL, also known as ISIS) in West Africa Province. More than 20,000 people have been killed by the group.

Electors are also choosing 360 members of the House of Representatives and 109 senators from a choice of 6,500 candidates.

Main opposition candidate Abubakar has vowed to get the country “working again” by reviving the economy of the country, while President Buhari is hoping his achievements in office will propel him to secure a second term.

The two leading candidates are Fulani Muslims from northern Nigeria, unlike in 2015, when religion and region played major roles in determining the outcome of the election. In 2015, Buhari was pitted against Goodluck Jonathan, a Christian.

Unemployment, the economy and the continuing battle against Boko Haram dominated the campaign but a lot more is at stake.

Analysts have warned that the presidential and legislative elections might be one of the bloodiest in the country’s history.

Nigeria, Africa’s biggest economy, has one of the fastest-growing populations in the world, and one of the largest youth populations. Despite the economic progress, 91 million Nigerians are living in extreme poverty.