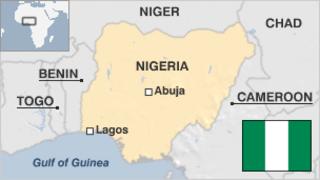 After lurching from one military coup to another, Nigeria now has an elected leadership. But the government faces the growing challenge of preventing Africa’s most populous country from breaking apart along ethnic and religious lines.

Thousands of people have died over the past few years in communal attacks led by the Islamic-State-aligned Boko Haram.

Separatist aspirations have also been growing, and the imposition of Islamic law in several northern states has embedded divisions and caused thousands of Christians to flee.

Nigeria’s insecurity has added to its economic woes, hindering foreign investment. The former British colony is one of the world’s largest oil producers, but few Nigerians, including those in oil-producing areas, have benefited.

The Federal Republic of Nigeria

A former military ruler, Muhammadu Buhari swept to a historic election victory in March 2015 when he became the first opposition candidate to win a Nigerian presidential poll.

After helping oust elected President Shehu Shagari in 1983, the then Maj-Gen Buhari led a regime that sought to combat crime and corruption, but was also accused of serious rights abuses. In 1985, he was overthrown by Gen Ibrahim Babangida.

Now, Mr Buhari has distanced himself from military rule, promising to respect democracy and govern as a civilian leader.

He scored a major diplomatic success in June 2015 when neighbouring countries agreed to Nigeria commanding a joint force to counter Boko Haram, rather than rotating the command among themselves.

There have been major concerns over his health.

Nigeria is one of Africa’s biggest media markets. There are hundreds of radio stations and terrestrial TV networks, as well as cable and satellite platforms.

Reporters Without Borders says journalists face threats and violence in the course of their work.

Many millions of Nigerians are online and Facebook is the leading social media platform.

Some key dates in Nigeria’s history:

circa 800 BC – Jos plateau settled by Nok – a neolithic and iron age civilisation.

16-18th centuries – Slave trade: millions of Nigerians are forcibly sent to the Americas.

1850s – Britain establishes presence around Lagos, which it consolidates over the next 70 years as the Colony and Protectorate of Nigeria. In 1922, part of former German colony Kamerun is added under League of Nations mandate.

1960 – Independence, with Prime Minister Sir Abubakar Tafawa Balewa leading a coalition government. He is killed in a coup in 1966.

1983 – Major-General Muhammadu Buhari seizes power in bloodless coup, ushering in a period of 16 years of government overthrows and political instability, capped by the 1999 presidential and parliamentary elections.

2000 – Adoption of Islamic, or Sharia, law by several northern states in the face of opposition from Christians.

2009 – The Boko Haram Islamist movement launches a campaign of violence which drags on for years and spreads to neighbouring countries. One high-profile incident involves the kidnapping of 200 school girls in 2014.