Mnangagwa back in Zimbabwe, vows to probe protest crackdown

Zimbabwe’s president says raising fuel prices ‘right thing to do’, but violence by security forces will be investigated. 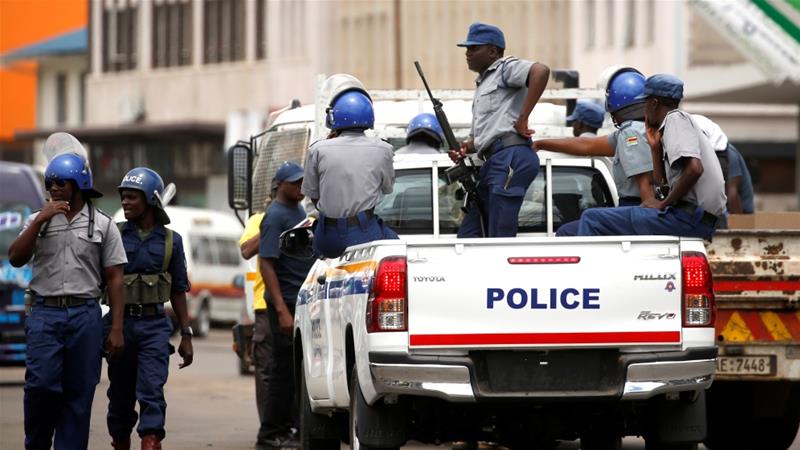 Zimbabwe’s President Emmerson Mnangagwa says he will investigate wrongdoing by security forces in the wake of their brutal crackdown on nationwide protests.

The president cut short a foreign tour and returned to Harare on Monday night to deal with the crisis.

Police and soldiers launched a large-scale operation against suspected protesters, activists and organisers of the strike last week, which was triggered by a sharp rise in fuel prices.

Mnangagwa said misconduct by the security forces towards demonstrators would be investigated, but he added the increase in fuel prices were the right thing to do.

“Violence or misconduct by our security forces is unacceptable and a betrayal of the new Zimbabwe,” Mnangagwa wrote on Twitter on Tuesday.

“Chaos and insubordination will not be tolerated. Misconduct will be investigated. If required, heads will roll,” Mnangagwa said, calling for a “national dialogue” over the protests.

He also criticised the protesters.

“Everyone has the right to protest, but this was not a peaceful protest,” Mnangagwa said Tuesday, noting “wanton violence and cynical destruction.”

At least 12 people were killed and 78 treated for gunshot injuries, according to the Zimbabwe Human Rights NGO Forum, which recorded more than 240 incidents of assault and torture. About 700 people have been arrested.

People reported being hunted down in their homes by security forces and severely beaten. Some said arrests continued even after Mnangagwa had returned.

There were reports of a “total internet shutdown” on Friday in what critics called an attempt by Mnangagwa’s government to prevent a security clampdown from being broadcast to the world.

The High Court in Harare ruled on Monday that government had no powers to order the shutdown of the internet which was imposed as protests swept across the country.

In Iminyela, many residents doubt an investigation into the recent raids will yield anything.

Soldiers went door to door searching for people they claimed were responsible for looting the neighbourhood shops and the stoning to death of a police officer in Njube.

Nazareth Tshuma, an unemployed 21-year-old, whose home was raided on Sunday evening, said everyone in his house was made to lie down and beaten up.

With red marks across his back, Tshuma finds it hard to believe the president’s words as his raw wounds still hurt.

“They [security personnel] promised us they will come back,” said Tshuma.

“I don’t have faith or hope there’s any help the president can promise to the people because what the police and soldiers did to us make it look like it’s their job to do these bad things to people.” 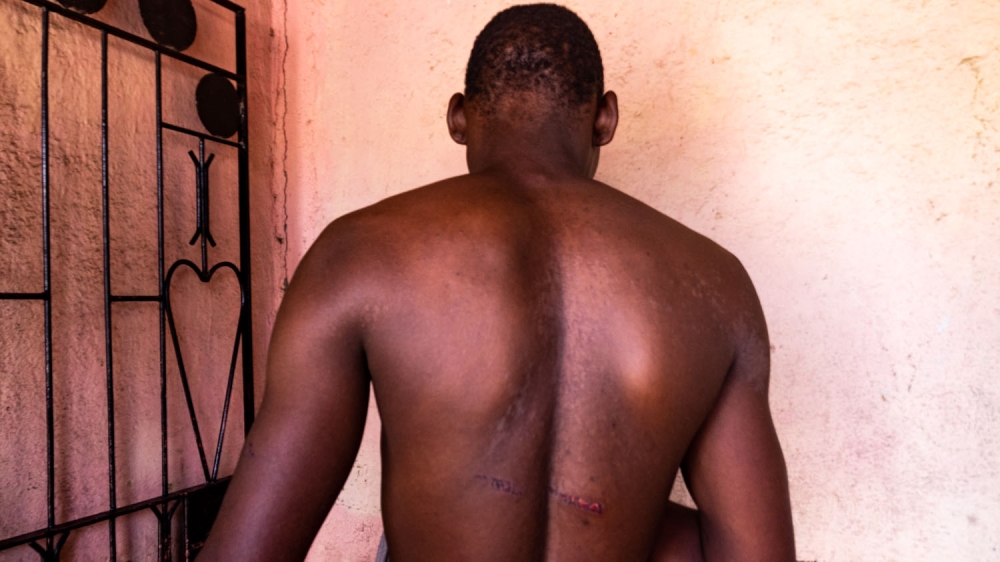 Zimbabwe is going through its worst economic crisis in a decade. Low on cash reserves, the southern African nation is battling severe fuel shortages.

The government announced a 150 percent increase from $1.34 for a litre of petrol to $3.31 with diesel surging to $3.11 a litre, igniting widespread discontent and violent demonstrations.

Mnangagwa flew to Russia soon after making that announcement in a televised address to the nation.

Accused of conducting a deadly crackdown on dissent, the army and police denied any wrongdoing, saying some assailants raiding homes were wearing official uniforms to pose as security personnel.

The UN has fiercely criticised the government reaction to the protests as allegations mount of shootings, beatings and abductions of opposition figures, activists and ordinary residents.

Jacob Mafume, a spokesman for the opposition MDC party, said there was an urgent need for dialogue.

“The arrest of labour leaders and opposition members is a familiar script in Africa. We have called for dialogue until our voices have gone hoarse but have been ignored,” Mafume said.

Mnangagwa, who was seeking much-needed foreign investment on his tour, scrapped plans to attend the World Economic Forum of world leaders in the Swiss city of Davos this week.

He had visited Russia, Belarus and Azerbaijan and Kazakhstan before cutting his trip short on Monday night.

Mnangagwa, 76, had pledged a fresh start for the country when he came to power in November 2017 after his predecessor Robert Mugabe was toppled in a military coup.

But Zimbabweans say they have seen little evidence of the promised economic revival or increased political freedom.

With additional reporting by Tendai Marima in Bulawayo 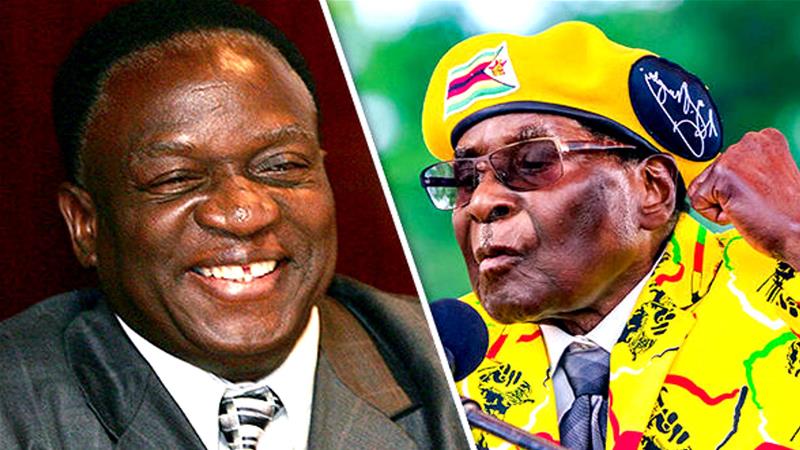