Regional and European observers deny serious irregularities, as alleged by a former president. 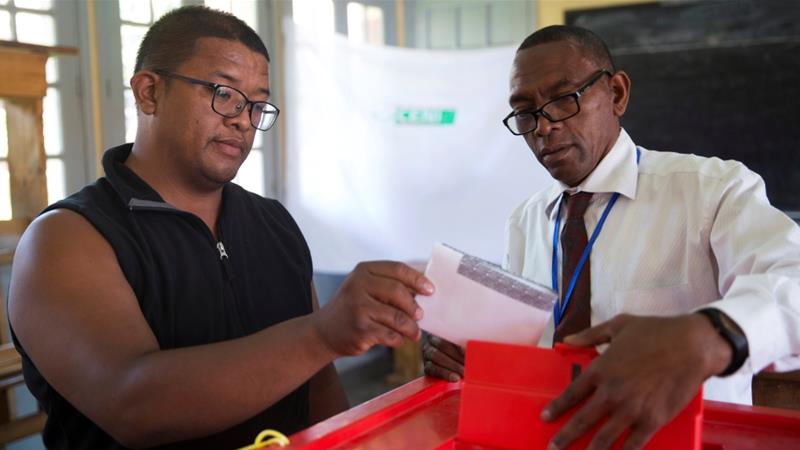 International observers have ruled out irregularities in this week’s presidential election in Madagascar, after former leader Hery Rajaonarimampianina alleged the ballot was marred by fraud.

“The irregularities were very minor and won’t have any impact on the election’s outcome,” Cristian Preda, head of the EU mission, told reporters at a press conference in capital, Antananarivo.

Preda said two cases of ballot stuffing were reported from over 25,000 polling stations. He denounced people “attempting to cheat when they make allegations of irregularities” without substantiating such claims.

The SADC, meanwhile, praised the country for holding a “lawful” poll.

“The political and security environment before, during and immediately after polling was generally peaceful,” Joseph Malanji, head of the SADC observation mission, said in a statement.

The observers’ comments came a day after Rajaonarimampianina, one of the 36 candidates in the race, alleged “many irregularities” had taken place during the vote.

According to the election commission’s latest count, Rajaonarimampianina had won about four percent of the vote based on ballots from 1,350 polling stations.

Provisional results are expected by November 20. They must then be confirmed by the High Constitutional Court by November 28.

With none of the 36 hopefuls expected to win more than 50 percent of the votes, a runoff between the two best performers is likely to held on December 19.

The new president will begin serving a five-year term in January 2019.

Wednesday’s vote marked the latest instance of political upheaval in Madagascar – the world’s fourth-largest island and home to about 25 million people – since it became independent from France in 1960.

The country, where more than 76 percent of its people live in extreme poverty according to the World Bank, has struggled to overcome political divisions over a disputed 2001 election and a 2009 coup.

Both Ravalomanana and Rajoelina were banned from contesting the last election in 2013 under international pressure to avoid a repeat of the events in 2009, when street protests turned violent and left the country in turmoil.

Political opponents claimed the proposed changes were aimed at barring their candidates from taking part in the election.

In June, the country’s top court ordered the formation of a national unity government with a “consensus prime minister” to avert a full-blown crisis.

Two months later, on September 7, Rajaonarimampianina resigned from office to compete in the presidential election.