The unidentified assailants threw a grenade inside camp for displaced people in Mozogo district in the country’s north. 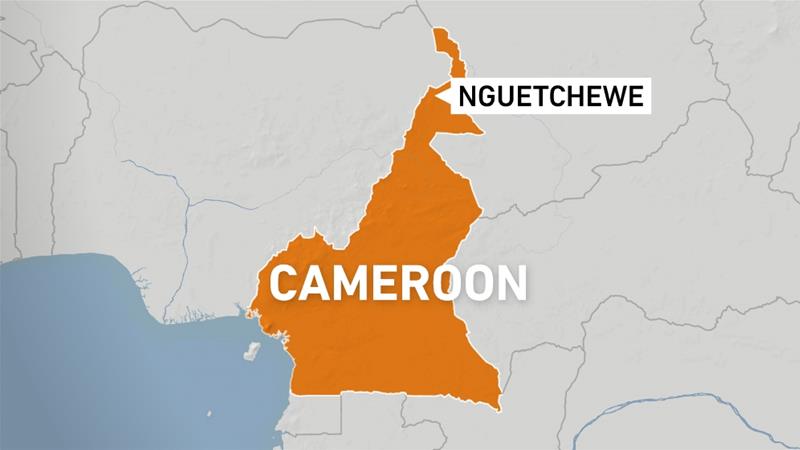 At least 15 people have been killed and six wounded in a grenade attack on a camp for displaced people in northern Cameroon, according to reports citing local sources.

The assailants in the early hours of Sunday threw a grenade into a group of sleeping people inside the camp in the village of Nguetchewe, Medjeweh Boukar, district mayor, told Reuters news agency.

The village is located in the Mozogo district, close to the Nigerian border in the Far North region.

There was no immediate claim of responsibility but Boko Haram involvement was suspected. The armed group launched an armed campaign in northeastern Nigeria in 2009, and the violence – which has cost the lives of tens of thousands of people and displaced millions more – has frequently spilled over into neighbouring Cameroon, Niger and Chad.

Boukar said residents at the camp, which is home to about 800 people, informed him that 15 had died.

A security official confirmed the attack and the death toll. The wounded were taken to a nearby hospital, the official told Reuters.

“The attackers arrived with a woman who carried the grenade into the camp,” Boukar said, adding that women and children were among the dead.

Over the past month, there have been 20 incursions and attacks, Boukar said.

In June last year, some 300 suspected Boko Haram fighters swarmed onto an island on Lake Chad in Cameroon’s Far North and killed 24 people, including 16 Cameroonian soldiers stationed at military outposts.