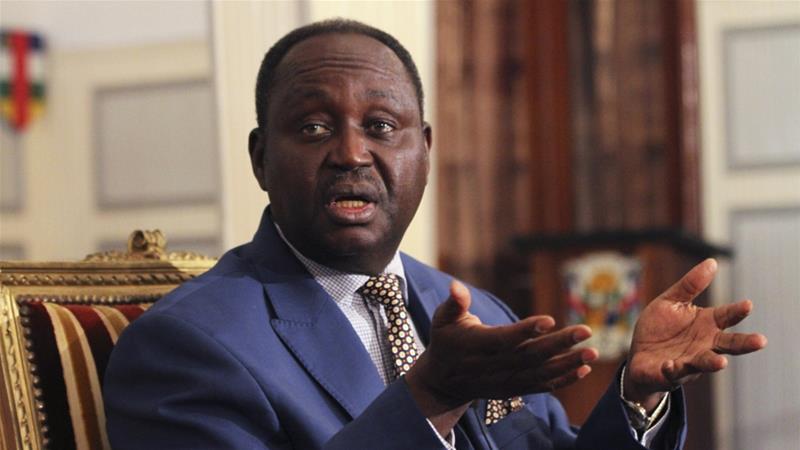 Francois Bozize, the former president of the Central African Republic (CAR), has returned to the country more than six years after he was forced from power and fled abroad, according to his party.

“Francois Bozize has definitely been in the capital of the CAR since yesterday,” Bertin Bea, the secretary-general of Kwa na Kwa party, told the AFP news agency on Monday. “These aren’t just rumours, it’s true.”

Speaking at a news conference held at the party’s headquarters, Bea said that “Bozize will address his fellow countrymen” in the coming days.

Meanwhile, government spokesman Maxime-Ange Kazagui dismissed the claim about the 73-year-old’s return to Bangui, according to the AFP, saying that the “announcement doesn’t seem credible”.

The CAR has been rocked by violence since 2013 when a coalition of mainly Muslim armed groups known as the Seleka overthrew Bozize – a former armed forces chief who had seized power 10 years earlier -prompting reprisals from mostly Christian militia.

Nearly a quarter of the country’s 4.6 million people have fled their homes due to the violence.

A UN force, MINUSCA, was deployed and a presidential election was held, which ended with victory for former Prime Minister Faustin-Archange Touadera.

In February this year, the country made its eighth attempt at sealing a lasting peace, with an agreement between Touadera’s government and 14 rebel groups who control most of the country’s territory.

‘Don’t ask how he arrived’

Bozize faces an international arrest warrant, initiated by the CAR in 2013, accusing him of “crimes against humanity and incitement to genocide”.

His lawyers and supporters have persistently campaigned for the government to allow him to return. They say it was his overthrow that ushered in one of the most violent periods in the country’s history.

Monday’s return claim came five days after a court in Bangui rejected a request that a 2016 ban on airlines taking him back to the country be suspended.

“Do not ask me how he arrived” back in the CAR, Bea told reporters at the news conference.

The CAR is ranked second last, after Niger, on the 2018 UNDP’s Human Development Index, which compares longevity, education, and income per capita. Life expectancy is just 52.9 years.