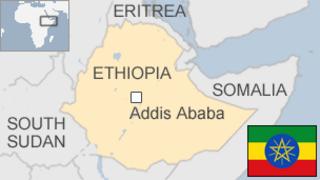 Ethiopia is Africa’s oldest independent country and its second largest in terms of population. Apart from a five-year occupation by Mussolini’s Italy, it has never been colonised.

It has a unique cultural heritage, being the home of the Ethiopian Orthodox Church – one of the oldest Christian denominations – and a monarchy that ended only in the coup of 1974.

It served as a symbol of African independence throughout the colonial period, and was a founder member of the United Nations and the African base for many international organisations.

Drought and civil conflict left Ethiopia in a state of turmoil until 1991, when the long authoritarian rule of Meles Zenawi brought a degree of stability.

Since 2018, Prime Minister Abiy Ahmed has launched a campaign of political liberalisation at home and sought to end disputes with Ethiopia’s neighbours, in particular Eritrea.

Ms Sahle-Work, an experienced diplomat, promised to work to make gender equality a reality at her swearing-in to the largely ceremonial post.

She took office a week after Prime Minister Abiy Ahmed appointed a cabinet with half the posts taken by women.

The new leader pledged to try to end longstanding tensions with neighbouring Eritrea, and within months the two countries declared that the state of war between them was over.

Mr Abiy also pledged to bring more transparency to government and reconciliation to a country that had been torn by protests since 2015.

He is Ethiopia’s first leader from the Oromo ethnic group, which has been at the centre of anti-government protests since 2016.

The change of government in 2018 looked set to usher in a new era for the media, which for many years had operated in one of the region’s most restrictive environments.

The state controls most broadcasting outlets, including national broadcasters ETV and Radio Ethiopia.

Internet and mobile services have been restricted during periods of social unrest.

Some key dates in Ethiopia’s history:

1855-1868 – Reign of Emperor Tewodros II, who lays the foundation for the modern Ethiopian state.

1896 – Invading Italian forces are defeated by Ethiopians at Adwa.

1935-1941 – Italy deposes Emperor Haile Selassie and annexes Ethiopia, before being driven out by British, Commonwealth and Ethiopian forces.

1974 – Haile Selassie overthrown in military coup after government fails to deal with famine.

1984-85 – Another serious famine devastates much of the country.