Rights group says the lack of lawful proceedings to arrest Paul Rusesabagina suggests lack of evidence against him. 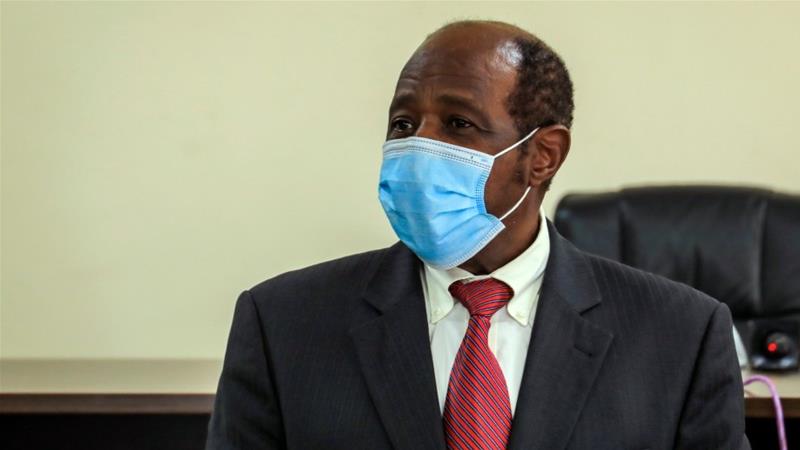 The shadowy arrest of a Rwandan government critic who inspired the Hollywood film Hotel Rwanda amounted to an “enforced disappearance”, Human Rights Watch (HRW) has said, demanding a full account of how he returned to the country.

Paul Rusesabagina became famous globally after the 2004 Oscar-nominated movie depicted how he sheltered more than 1,000 Tutsis at a luxury hotel he managed during Rwanda’s 1994 genocide, in which some 800,000 Tutsis and moderate Hutus were slaughtered.

The 66-year-old moved abroad after the bloodshed and won worldwide acclaim and multiple honours.

During that period, Rusesabagina – whose father was Hutu but mother and wife were Tutsi – became increasingly critical of the government of President Paul Kagame, who came to power in 1994 when he led troops into Rwanda to end the genocide.

More than 10 days ago, Rusesabagina was suddenly paraded in front of media in handcuffs at the headquarters of the Rwanda Investigation Bureau in the capital, Kigali, accused of murder, terrorism and financing rebels.

Rwandan police said Rusesabagina was arrested on an international warrant. His family disputed that, arguing he was kidnapped while on a trip to Dubai.

“Rwanda has an established track record of using unlawful, cloak-and-dagger methods to target those it perceives to be a threat to the ruling party,” Lewis Mudge, Central Africa director at HRW, said in a statement on Friday.

“The fact that Rwanda did not pursue Rusesabagina through lawful extradition proceedings suggests the authorities do not believe their evidence or fair trial guarantees would stand up to scrutiny before an independent tribunal, and so opted to circumvent the rule of law.”

The New York-based rights group said that based on its research examining publicly available information, Rusesabagina was in the custody of Rwandan authorities or their proxies as of the night of August 27 but his detention was not acknowledged by the Rwandans until August 31 – meaning he was forcibly disappeared, an international crime, for at least three days.

But President Paul Kagame has denied Rusesabagina was kidnapped, suggesting he had been deceived into returning.

“He got here on the basis of what he believed he wanted to do and he found himself here,” Kagame said on Sunday.

“It is like you are dialling somebody you want to talk to and find that you’ve called the wrong number. That is how it happened. It was actually flawless,” he added.

Appearing in a televised broadcast, the president suggested that Rusesabagina was told a story that met his expectations and ended up in Rwanda.

“How he got here was more to do with himself than anybody else,” Kagame said. “And he will say it; when the time comes, he will tell the people what happened.”

It is not clear when Rusesabagina will appear in court. Rwandan law says a suspect can be in provisional detention for 15 days, renewable for up to 90 days.

Kagame said Rusesabagina’s trial will be held openly and conducted fairly. “We are obligated to do this,” he said. “We want to do things in a right way.”

Kagame and some genocide survivors have disputed Rusesabagina’s account of rescuing Tutsis or accused him of exploiting the genocide for commercial gain. Rusesabagina has denied exaggerating his role.

A Belgian citizen who lived in the United States, Rusesabagina started an opposition group, the Rwandan Movement for Democratic Change (MRCD), which is said to have an armed wing called the National Liberation Front (FLN).

In multiple speeches, Rusesabagina has expressed support for the FLN – which has been linked to attacks  and is described as a “terrorist” organisation by Rwanda – but the extent of his involvement in its actions is unclear.

In December 2018, Rusesabagina posted a video on YouTube denouncing Kagame. “The time has come for us to use any means possible to bring about change in Rwanda as all political means have been tried and failed,” he said. “Rwandan people can no longer stand the cruelty.”

In its statement, HRW called for Rwanda to immediately grant him access to lawyers of his own choosing and to “urgently provide a complete and corroborated account of how Rusesabagina was apprehended and transferred to Rwanda”.

“The gravity of the charges against Rusesabagina do not give Rwandan authorities free rein to resort to the crime of enforced disappearance and ignore due process and international fair trial standards,” said Mudge.

In a 2017 report, HRW documented mulltiple cases of unlawful detentions and torture in military detention centres from 2010-2016, for those suspected of collaborating with so-called “enemies” of the Rwandan goverment led by Kagame.