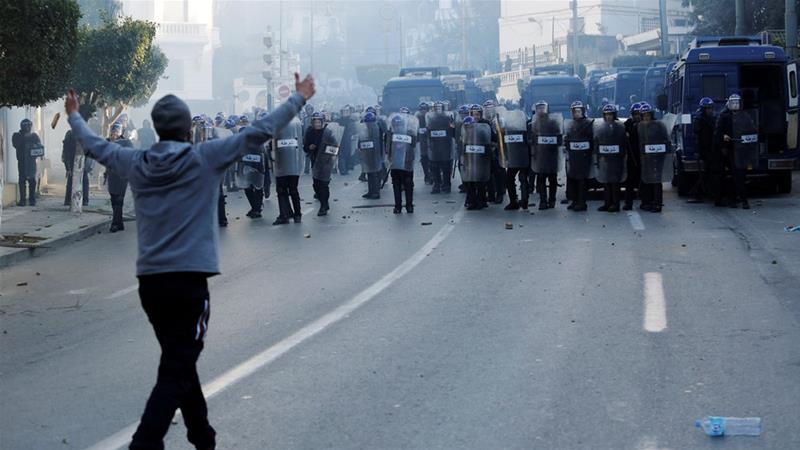 Police fired tear gas on Friday afternoon to block a protest march on the presidential palace, prompting demonstrators to throw stones in response.

The Directorate General for National Security said on Saturday it had detained 41 people over “public disorder, vandalism, damage to property, violence and assault”.

Despite the arrests, protests around the country were largely tolerated by authorities, even in the capital, where demonstrations have been strictly banned since 2001.

The police did not give an estimate of the number of protesters, but a security official speaking on condition of anonymity told the AFP news agency that around 20,000 people had demonstrated nationwide, around a quarter of them in Algiers.

The official said 38 of the arrests were in the capital, and that no security personnel had been wounded.

Activists had used social media to call for nationwide protests against Bouteflika on Friday after weekly Muslim prayers.

The 81-year-old, who uses a wheelchair and has rarely been seen in public since suffering a stroke in 2013, announced on February 10 that he will run for another term in April’s presidential election. 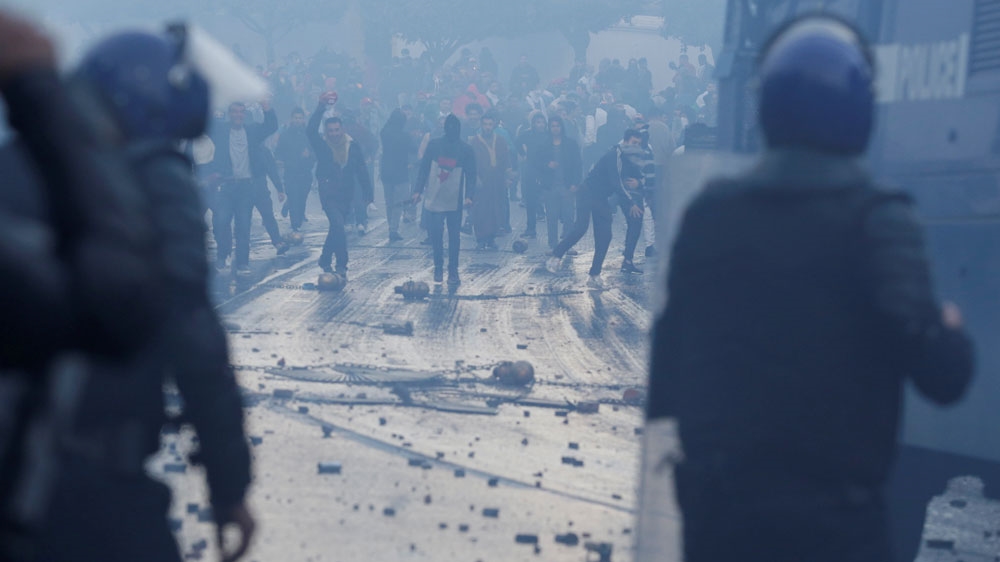